Home Analysis Under the microscope: How the Senegalese striker is leading Salernitana to a... 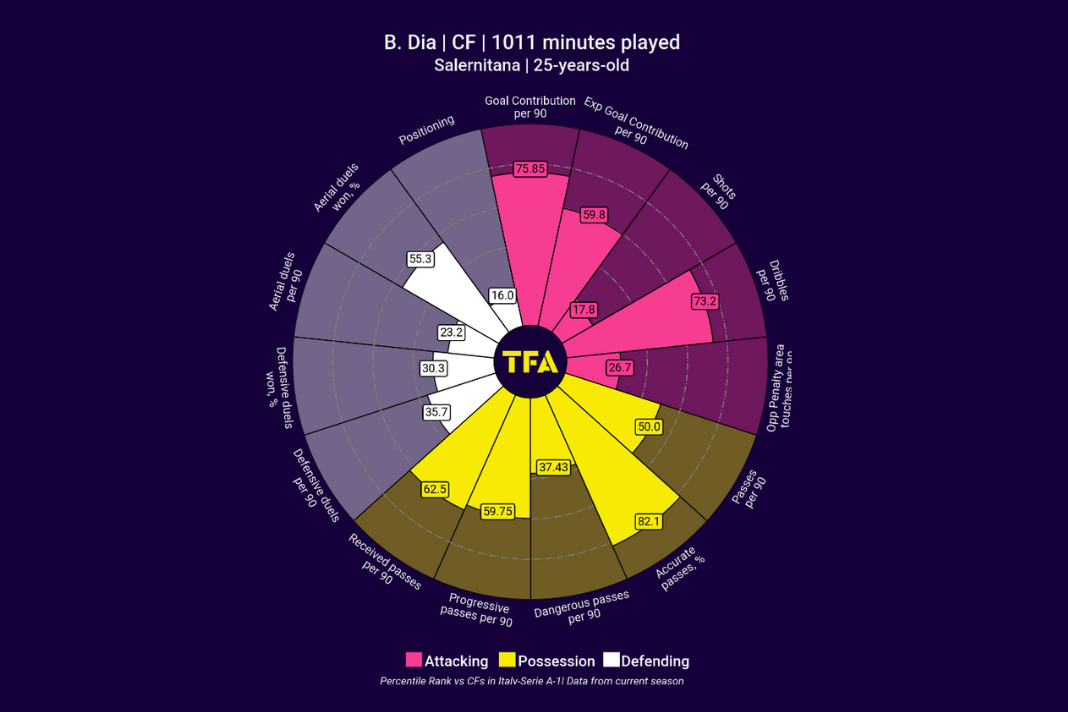 Boulaye Dia, a 26-year-old Senegalese attacker, has been a major contributor for Salernitana in the Italian Serie A. Salernitana have had an outstanding start to the season, outperforming expectations, and presently lie in 12th place in Serie A. Boulaye Dia has been a key performer for Salernitana this season, scoring six goals in 14 Serie A games. We’ll now look at the stats explaining Boulaye Dia’s impressive performance. 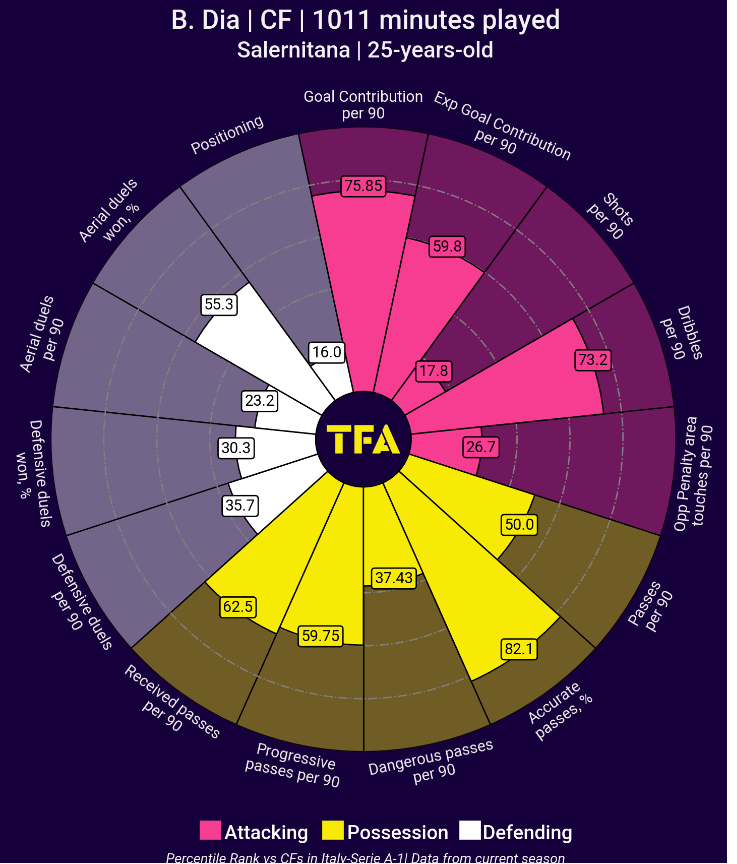 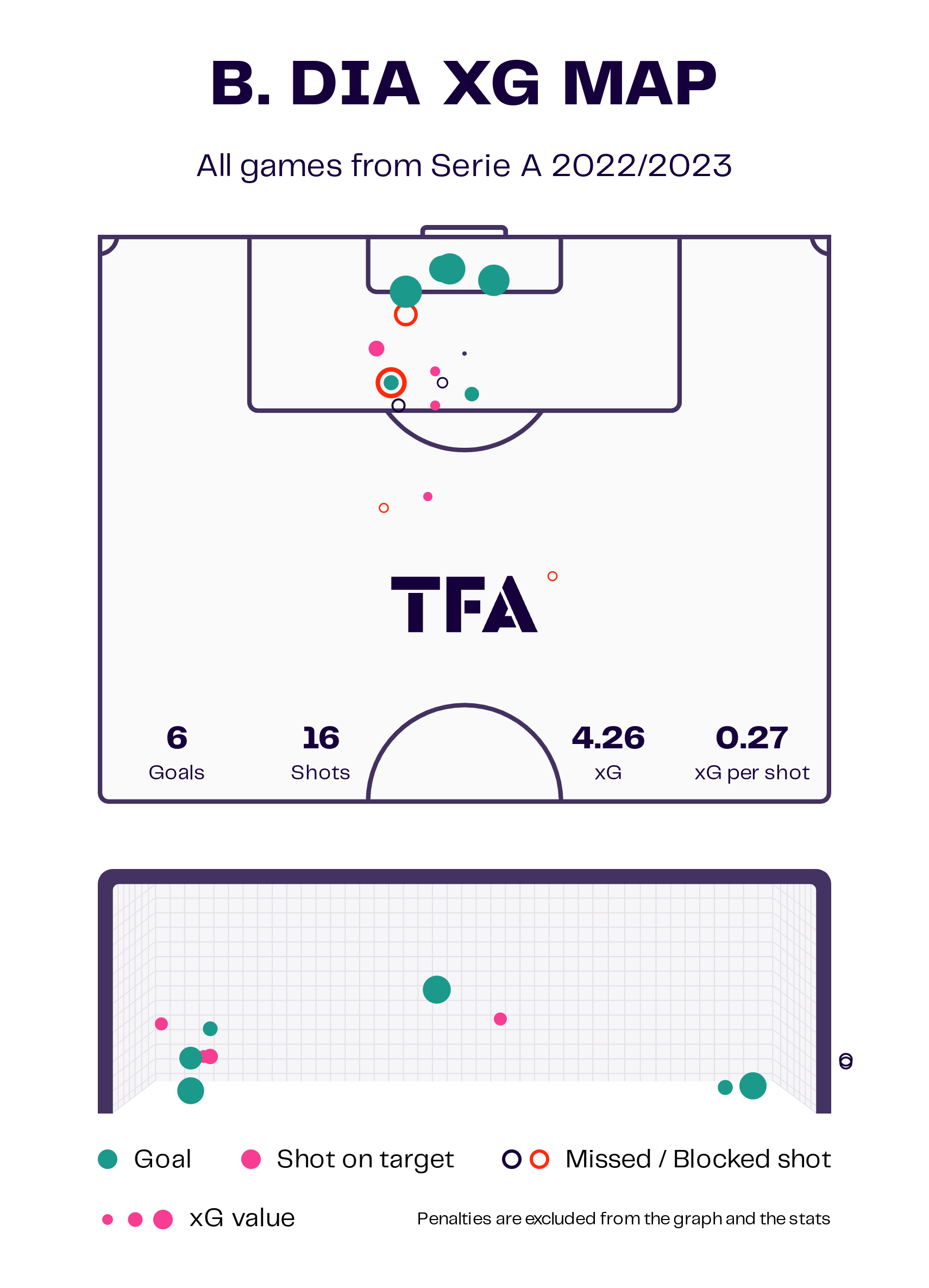 Boulaye Dia has added six goals to this Salernitana side in Serie A, proving his worth and showing why Salernitana signed him on a loan deal in the summer transfer window. The above viz shows the shot map of the forward in the Italian Serie A. Dia’s goal scored per 90 minutes is 0.56, and his goal involvement per 90 minutes is 0.75. The Senegalese forward has taken 16 shots so far this season. Out of 16 shots, ten shots were on target, and six shots were wide of the target. Dia has a shooting accuracy of 62.5%, and his total xG per shot is 0.27. 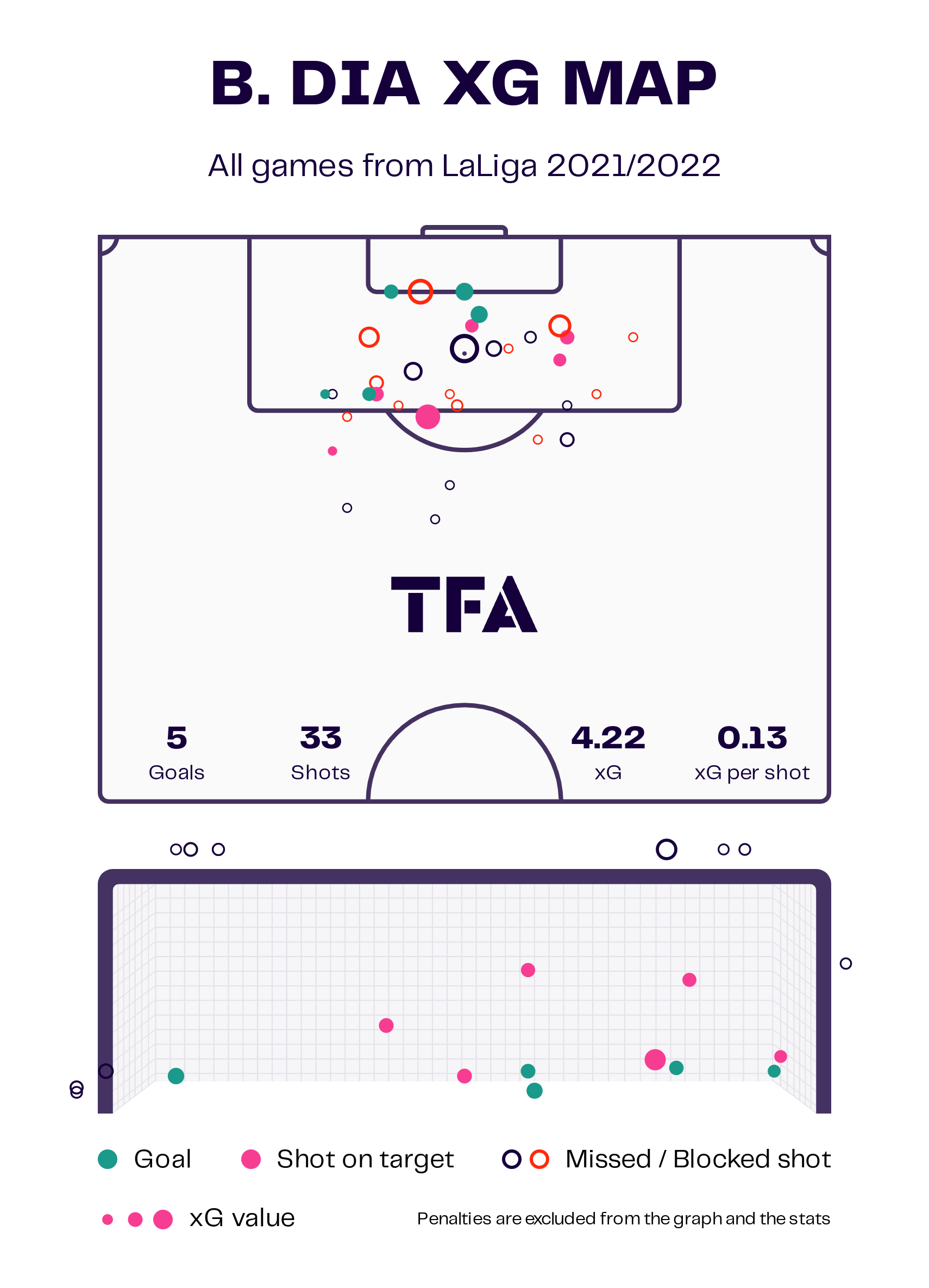 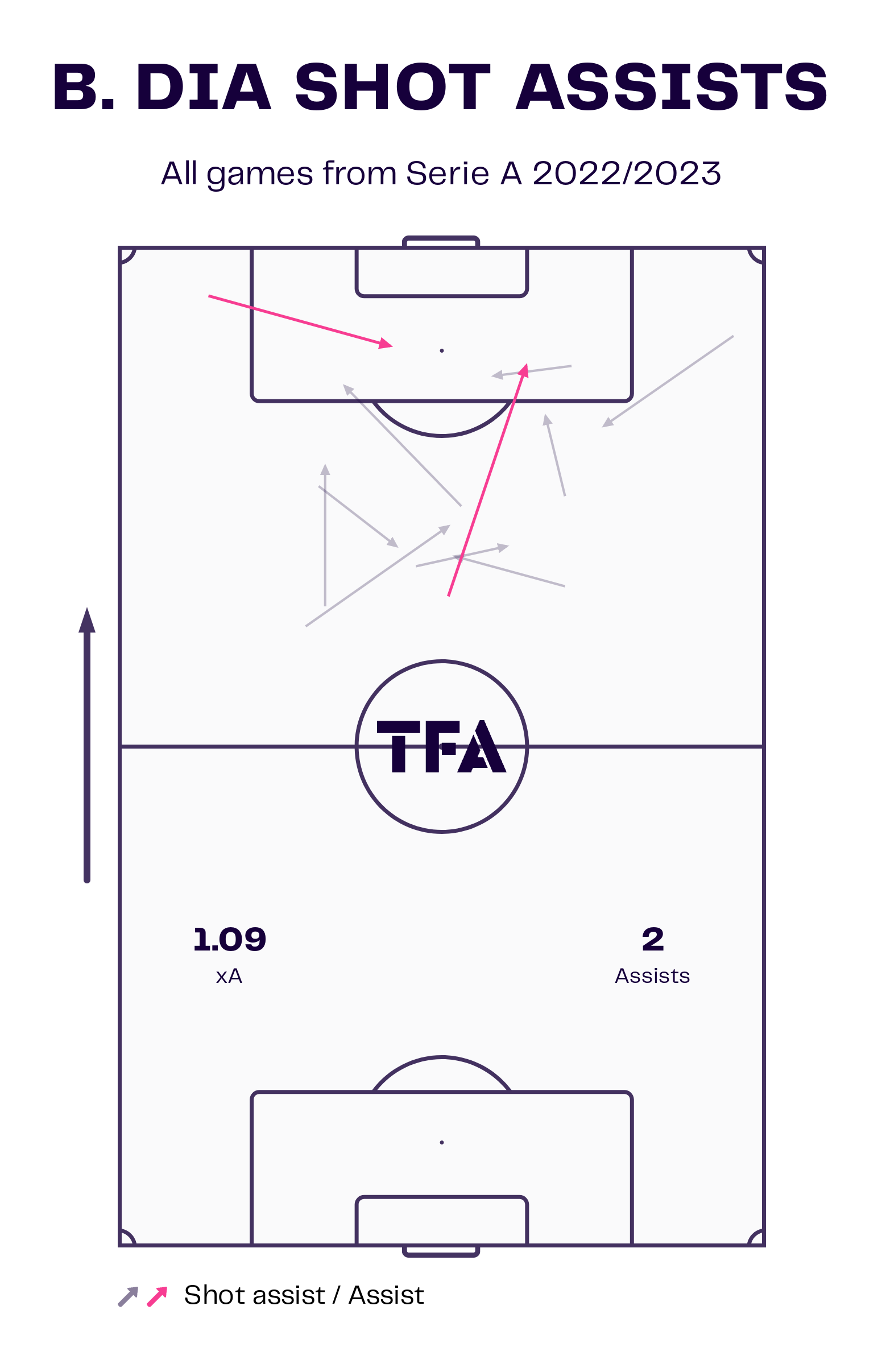 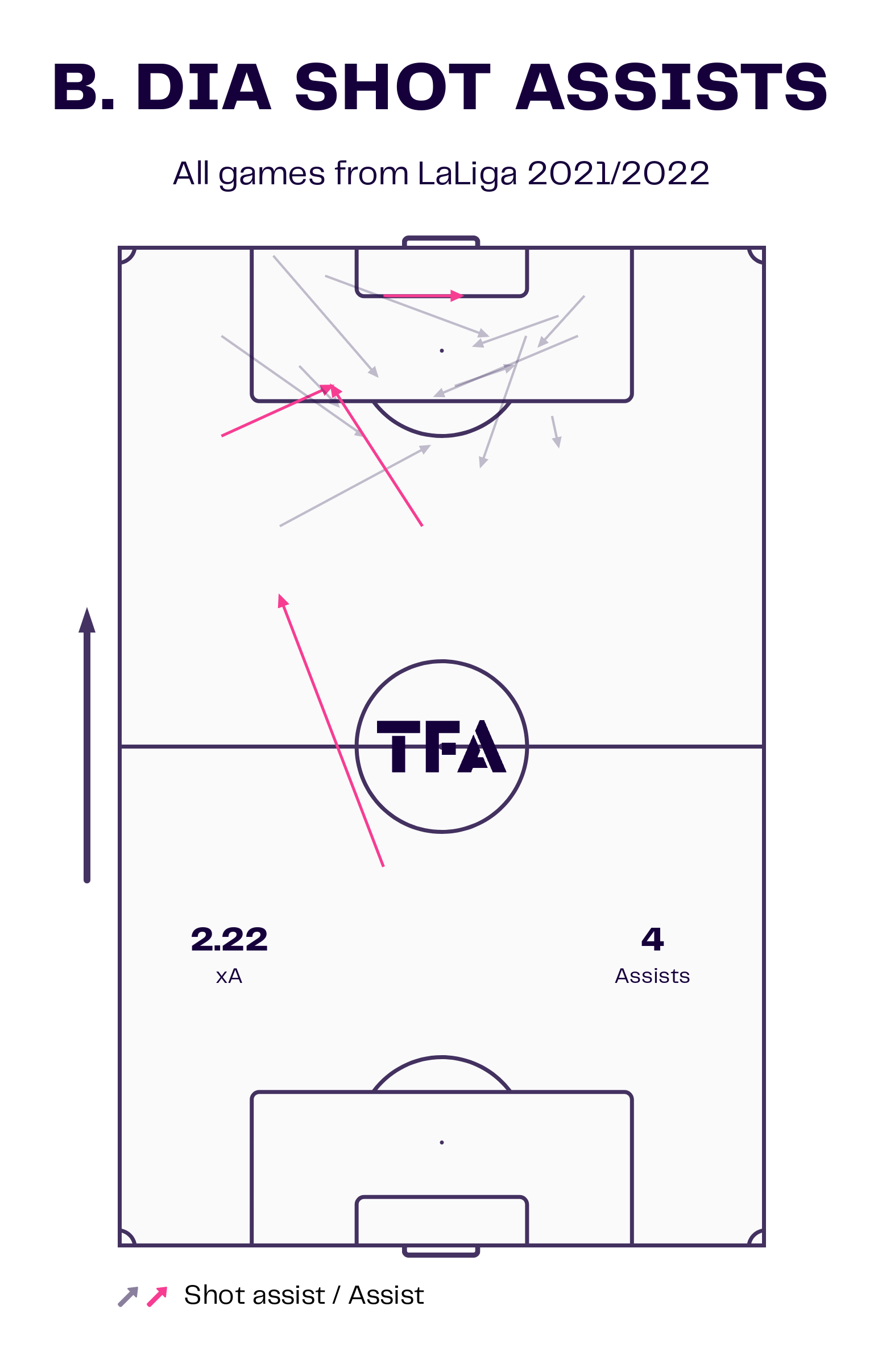 Boulaye Dia assisted five times for Villarreal in the 2021-22 La Liga season. Last season, Dia made 17 key passes and averaged 1.21 key passes per 90 minutes. Dia passed the ball 17.9 times per 90 minutes, with a 75% passing accuracy rate. Dia had an xA of 0.29 per 90 minutes. He is truly on course to break the record of five assists he provided last season in La Liga, having already provided two assists for his Salernitana teammates in the current season.

Salernitana and Davide Nicola will be delighted with the performance of their summer signing, Boulaye Dia. The Senegalese is seen as indispensable players for the current Salernitana side. Dia’s eight goal contributions have contributed to Salernitana’s impressive start to the Italian Serie A season. The Senegalese will look to continue his form after the World Cup, creating and scoring goals for his team and leading from the front to help Salernitana finish in the middle of the table in Serie A.