Just a few days after producing a breathtaking 3-3 draw in the first leg of their Coppa Italia semi-final, Atalanta and Fiorentina met again. This time they met in Serie A with important points up for grabs in the chase for European football. The hosts would prove victorious in another entertaining game between the two sides. This tactical analysis profiles how Atalanta managed to turn the game around after Fiorentina’s bright start. 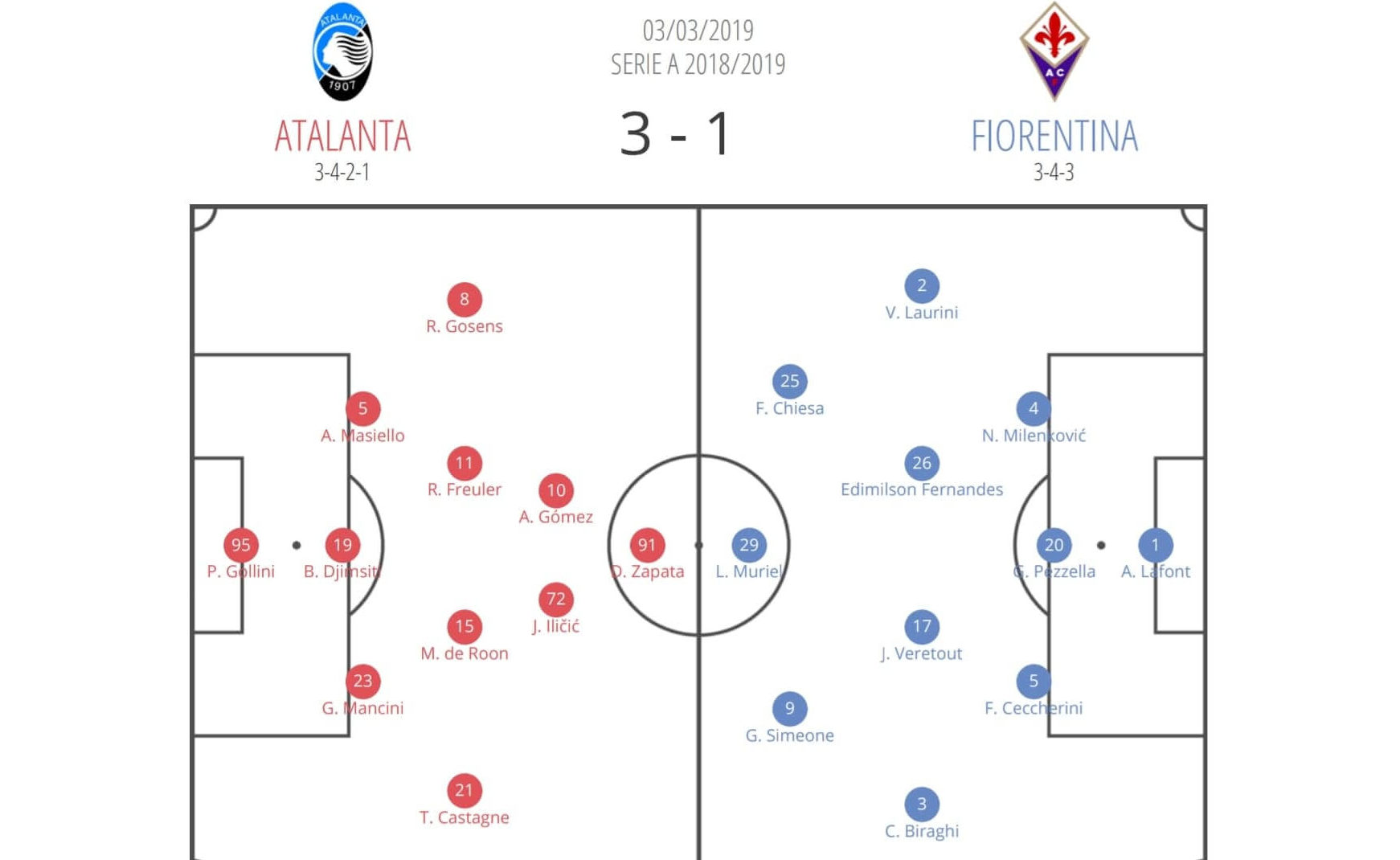 Gian Piero Gasperini’s Atalanta lined up in their usual 3-4-2-1 but what was interesting was Stefano Pioli’s selection. He chose to mirror Atalanta’s shape and we’ll shortly see why. The exciting front three of Federico Chiesa, Luis Muriel, and Giovanni Simeone finally started together.

Fiorentina started the game brightly and took the lead in the third minute when Muriel intercepted a pass and scored swiftly. The keys to the bright start were Fiorentina’s surprising pressing scheme and Atalanta’s early struggles to cope with this.

AC Milan would be crazy to sell new star to Barcelona

‘Some sour grapes’- Inter could be regretting midfield star’s exit

‘Has the desire to improve’ – Italian winger on the books...