Juventus rotated almost their entire team ahead of their crunch Champions League return leg against Atletico Madrid on Tuesday, yet still dominated Udinese and won 4-1. This tactical analysis looks at how Juve managed to dismantle Udinese with clever positioning and some superb individual performances. The result puts Juventus 19 points clear at the top of Serie A, albeit with one more game played. 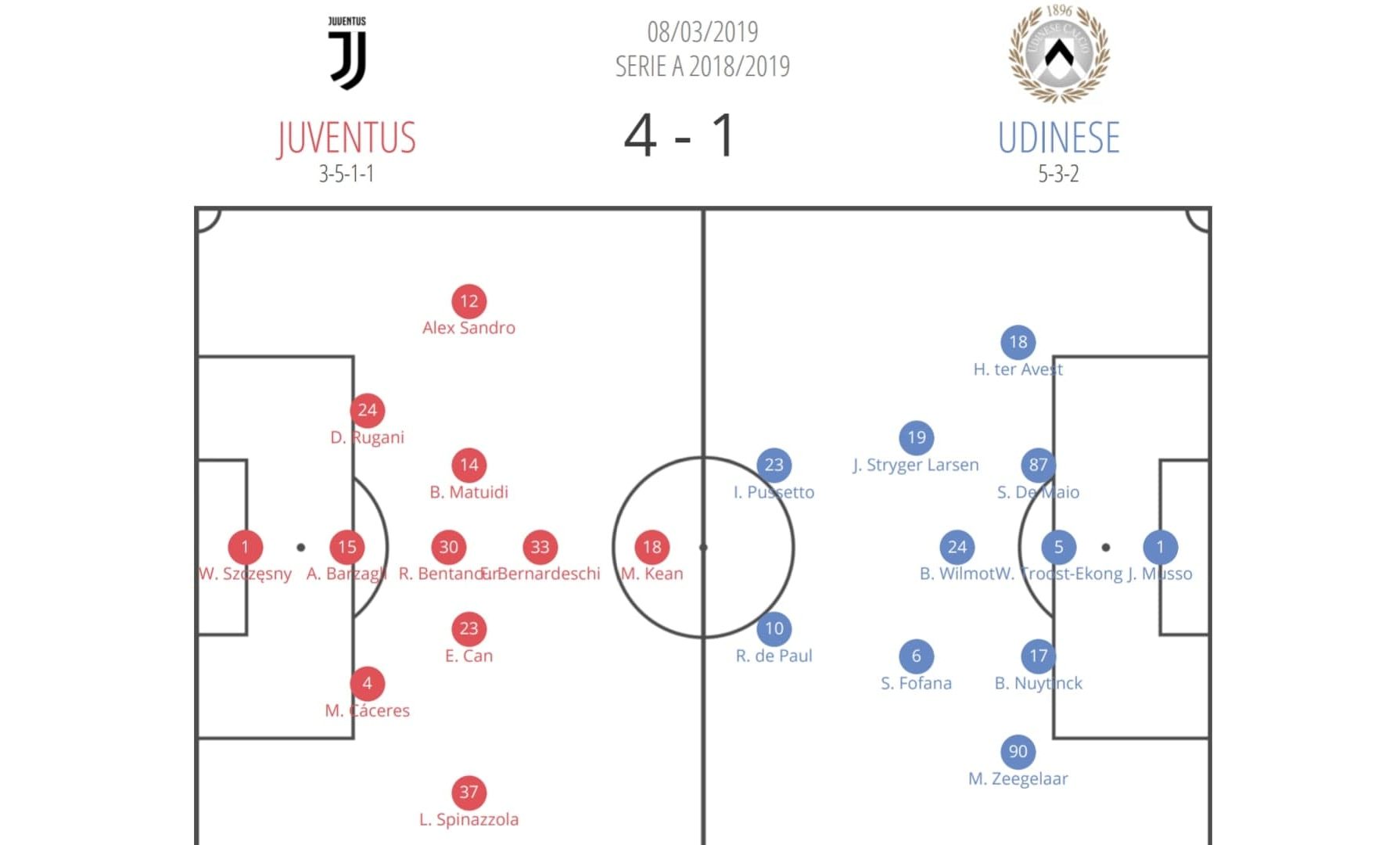 Apart from Szczesny in goal, only Alex Sandro, Blaise Matuidi and either of Emre Can or Rodrigo Bentancur could be considered starters. As we’ll see, the decision to use Federico Bernardeschi as a number 10, his best position, proved inspired. For Udinese, there was a first Serie A start for young English midfielder Ben Wilmot, on loan from Watford.

Juventus set up in a 3-5-1-1 and their positioning highlighted Max Allegri’s tactical flexibility. You can see the setup in the image below. Juventus were extremely well-organised in attack with each player’s positioning filling a purpose.

The midfield four created a diamond with Bentancur at its base and Bernardeschi at its tip. The two wing-backs Alex Sandro and Leonardo Spinazzola kept full width at all times with striker Moise Kean always stretching Udinese vertically.