Serie A is up and running again and the season kicked off with a seven-goal thriller in Florence after Juventus’s early win at Parma. At the Artemio Franchi, Napoli edged Fiorentina 4-3 in a restless encounter in which Lorenzo Insigne scored twice whilst also setting up the other two Napoli goals. This tactical analysis will take a close look at the tactics used by both teams and the analysis highlights three interesting tactical trends that will be interesting to follow during the campaign. 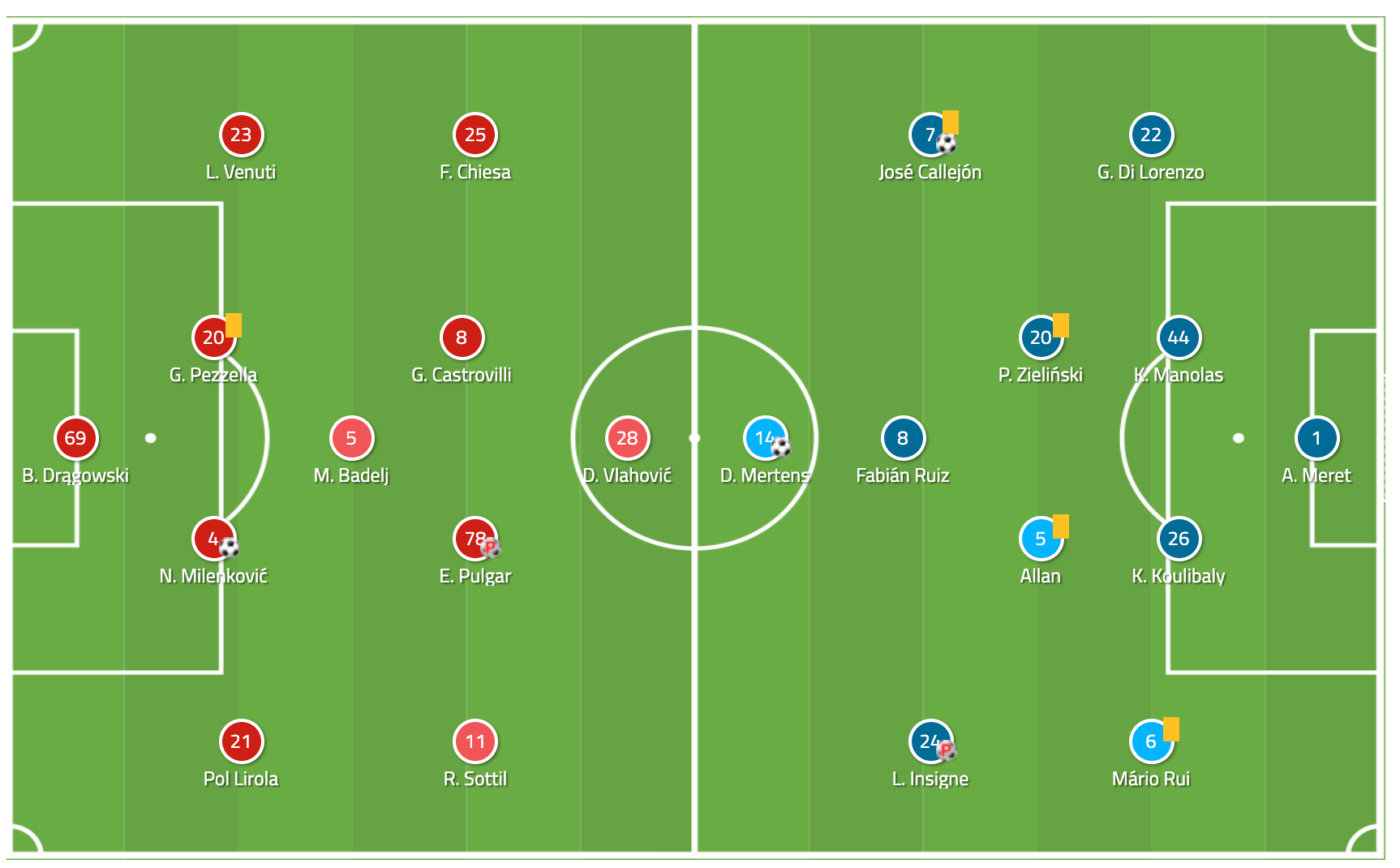 Carlo Ancelotti opted for the hybrid 4-2-3-1/4-4-2 he often used last season with Fabián Ruiz playing off Dries Mertens with José Callejon to the right and Lorenzo Insigne to the left. Former Roma defender Kostas Manolas partnered Kalidou Koulibaly in central defence for the first time in Serie A. Allan was joined in central midfield by Piotr Zieliński while new signing Giovanni Di Lorenzo made his debut at right-back.

‘A Great Champion’ – MLS legend is the winner that AC...