In a high stakes match between two potential relegation candidates in Genoa and Brescia, new Genoa head coach Thiago Motta managed to change the complexion of the game with his tactical changes.

Both sides came into this match after concerning recent results, after recently sacking manager Aurelio Andreazzoli after a very poor early run of results, Genoa had gone 6 games without a win in the league, with their last victory coming against Fiorentina in early September on matchday 2. This left them in the relegation zone but a win in this match would take them above Brescia and out of the drop zone.

Brescia did not manage to pick up a win since beating Udinese, but their form since then had been more promising than their opponents. They lost two in a row against Juventus and Napoli, before picking up a draw against Fiorentina after beating Serbian top-flight side Vojvodina in a friendly during the recent international break.

In this tactical analysis, I’ll take a look at the Serie A match played between Genoa and Brescia, and, using analysis, examine why Thiago Motta’s tactical changes were so effective. 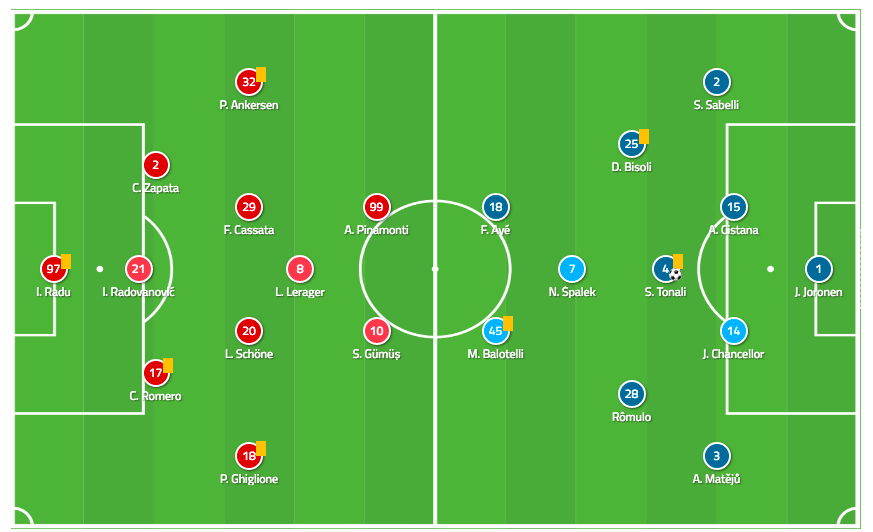 A lot was made of Thiago Motta’s 2-7-2 formation that he mentioned in an interview with La Gazzetta dello Sport last year, but that notion is quite misleading. What Motta means is the shape looks like a 2-7-2 when looked at horizontally. The winger and fullback on each side count as the “2” the goalkeeper, two centre backs, three central midfielders and striker make up the “7”. So while Motta does include his goalkeeper in the central area of players, we most likely won’t be seeing his goalkeeper stepping into midfield or alongside the central defenders too often. 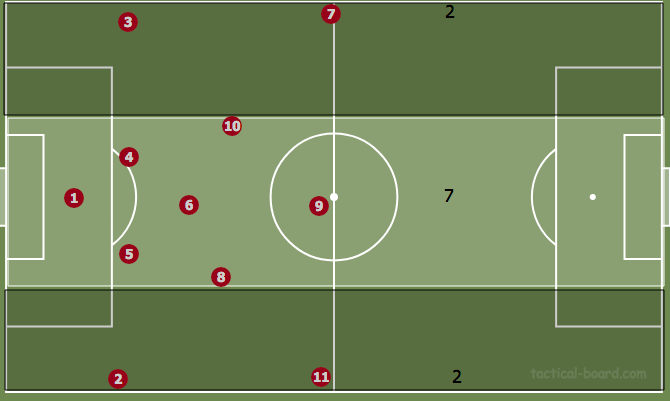 However, Motta didn’t initially start with this shape, he favoured a 3-4-1-2. Ionut Radu started in goal, protected by a back three of Cristián Zapata, Cristian Romero and converted midfielder Ivan Radovanović. Peter Ankersen and Paolo Ghiglione played as wingbacks. Lasse Schöne and Francesco Cassata played just behind Lukas Lerager, who supported Andrea Pinamonti and Sinan Gümüs up top.