Ten matches into the campaign, the race for Champions League qualification is already beginning to heat up in Italy, with Roma playing host to Napoli in Serie A this week. The fourth- and sixth-placed teams respectively know that matches such as this will be crucial in any success they may have this term. In this tactical analysis, we will look at the tactics used by Paulo Fonseca and Carlo Ancelotti in this early clash of Italian giants.

The sides came into the match in very different forms. Roma came in on the back of consecutive wins against AC Milan and at Udinese. Napoli, on the other hand, drew against SPAL at the weekend and Atalanta midweek, leaving them in a very unfamiliar spot outside the Champions League qualifications spots. This analysis will take a look at how both sides looked to come away with three points from their start to November. 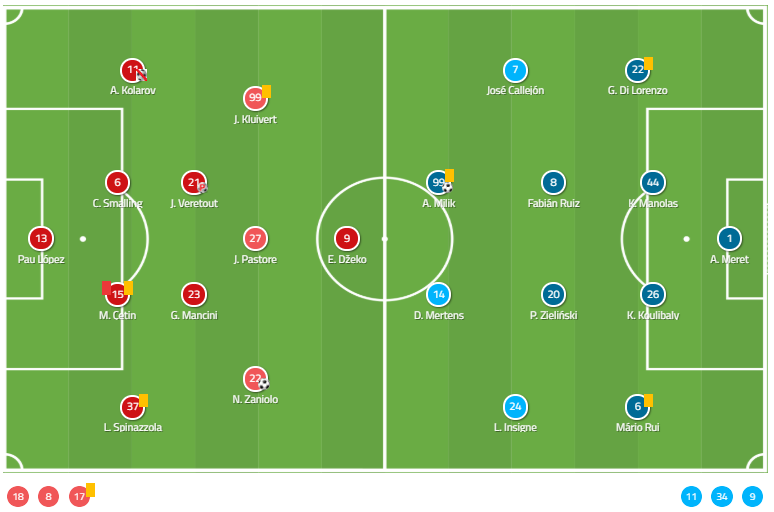 Fonseca lined up his home side in their normal 4-2-3-1 formation. Only two changes were made from the side that defeated Udinese midweek, with Cetin filling in for the suspended Fazio and Spinazzola taking his place back on the right side of the defence.

Davide Ancelotti took charge in place of Carlo due to the manager’s red card midweek. There were multiple changes to the Napoli side, in no small part due to the injuries that continue to plague his side. Zielinski replaced Allan in the centre of the park, and Mertens took his place alongside Milik after Lozano failed to impress in this role against Atalanta.

Atalanta continue to impress in Serie A

How did Juventus fall into their own trap against Atletico Madrid?