A goal apiece in quick succession in the first half meant Milan and Napoli drew 1-1 at the San Siro on Saturday night. The result was not ideal for either side. Milan failed to get into the top half of Serie A while Napoli lost even more ground on the top teams. In this tactical analysis, I am going to look at the interesting tactical talking points from both sides’ tactics. The analysis will look at the build-up patterns of both sides and how Milan tried to press Napoli. 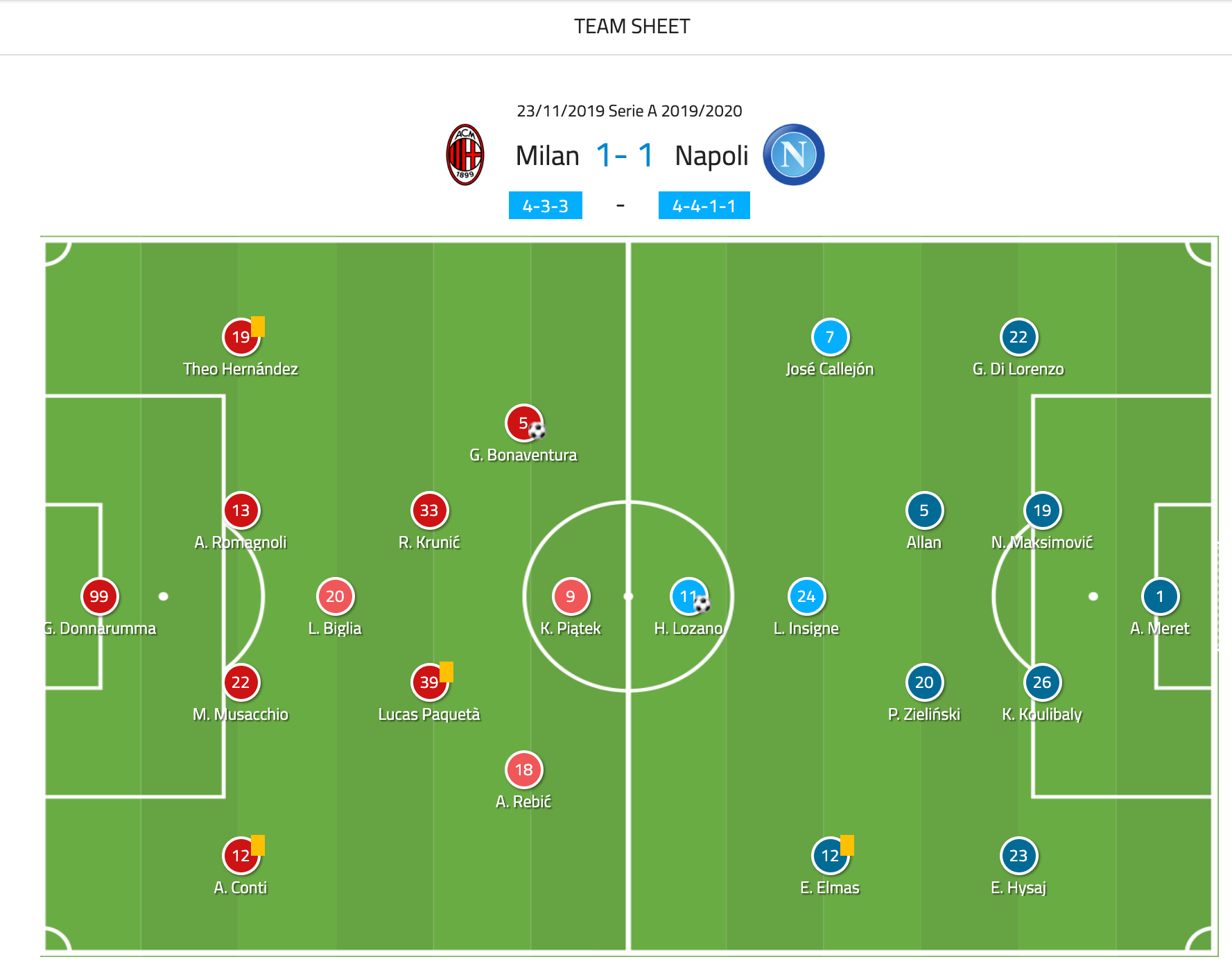 Stefano Pioli opted for a 4-3-3 which included a very attacking central midfield with Rade Krunić and Lucas Paquetá ahead of Lucas Biglia. Either side of Krzysztof Piątek were Giacomo Bonaventura and Ante Rebić, both of whom performed very different roles.

Carlo Ancelotti’s Napoli lined up in a very fluid shape that was a 4-4-2 without the ball. This lineup saw Allan partner Piotr Zieliński in central midfield with José Callejón and Eljif Elmas starting in the wide areas with Lorenzo Insigne partnering Hirving Lozano up front. However, as we will see, Napoli’s attacking shape was very different due to their rotations.

As mentioned, Milan started in a 4-4-3 and it was very clear what Pioli wanted them to do. Firstly, the centre-backs were mostly spread wide with Biglia dropping in between them or, as was often the case, positioned himself behind Napoli’s front-two to receive.

If you love tactical analysis, then you’ll love the digital magazines from totalfootballanalysis.com – a guaranteed 100+ pages of pure tactical analysis covering topics from the Premier League, Serie A, La Liga, Bundesliga and many, many more. Buy your copy of the November issue for just ₤4.99 here

End of an era: Ronaldo’s struggles with Juventus shows time is...

Injuries have been a setback for the Polish striker