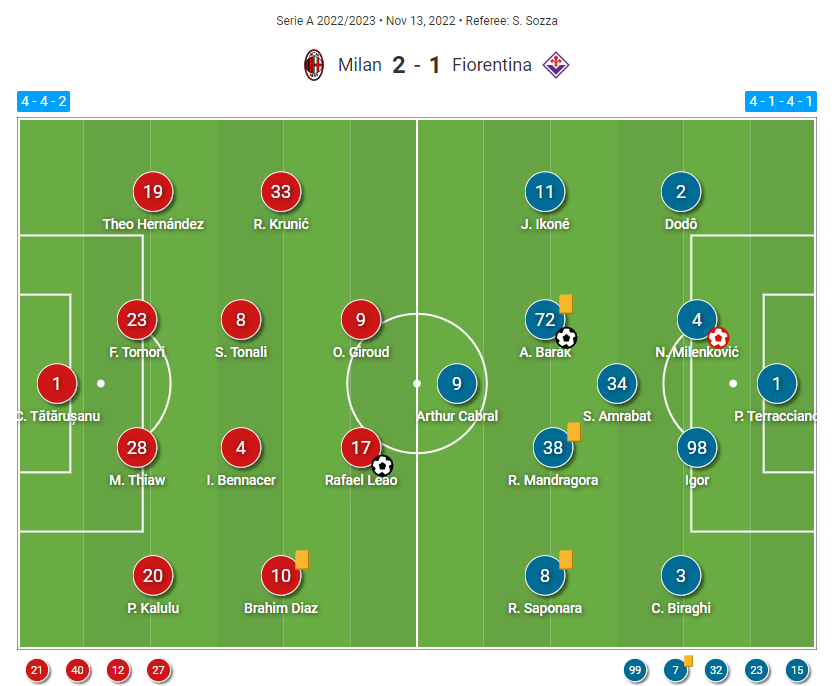 The match between AC Milan and Fiorentina took place at San Siro Stadium in Serie A. Milan, who were second, were hoping to close the gap on Napoli, who were first. Fiorentina, who sat outside the top ten, was looking for entry into it.

The match finished 2-1. A goal from Rafael Leao and a late own goal from Nikola Milenkovic gave the home side the win.

We also tried to answer some questions for you with the visuals.

Which Fiorentina player made the most defensive duels? What was the possession rate of AC Milan?

Under the microscope: The stats behind Napoli rise to the top

Serie A defender fits Man City on many levels

How everyone will profit from Zlatan’s (likely) Italian homecoming

The Data: Switzerland’s league title secured by win against over France