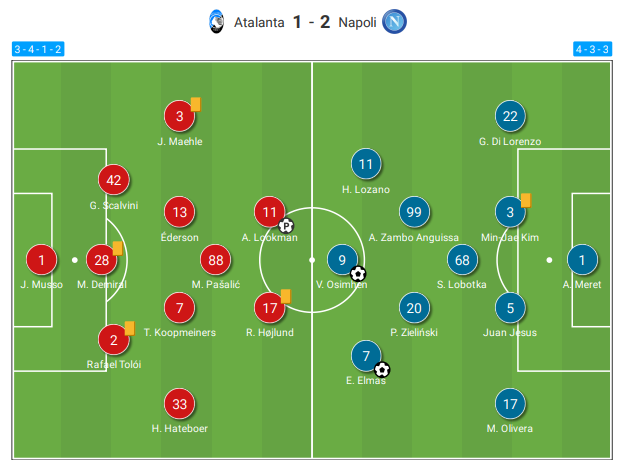 On Saturday night, there was a match in Serie A between Atalanta and SSC Napoli. Napoli were looking to maintain a stronghold at the top of the group, while Atalanta, who were in second place, were looking to catch them up. It was a battle between the first and the second. Napoli made a comeback and won the match 2-1.

Napoli was looking to extend their winning streak to eight games. Napoli has 32 points after 12 games, ahead of Atalanta on 27 and AC Milan on 26 before it hosts Spezia later on Saturday.

We’ve broken down all the key stats for you to digest, including;

We also try to answer some questions for you with the visuals;

How many shots were attempted by Atalanta? Which Napoli player won the most duels for his side?

To navigate the stats gallery simply click on the numbers to move through the pages.

Paulo Dybala joined Roma because of this one phone call

The Data Zone: Colombia win over Peru despite going behind in...