Simone Inzaghi has been criticised for not winning big games. He shut those critics up on Sunday night when masterminding a hugely impressive 1-0 win at Inter. This tactical analysis will look at why Lazio’s defensive setup frustrated Inter and allowed Lazio to earn a vital win in Serie A’s Champions League race. 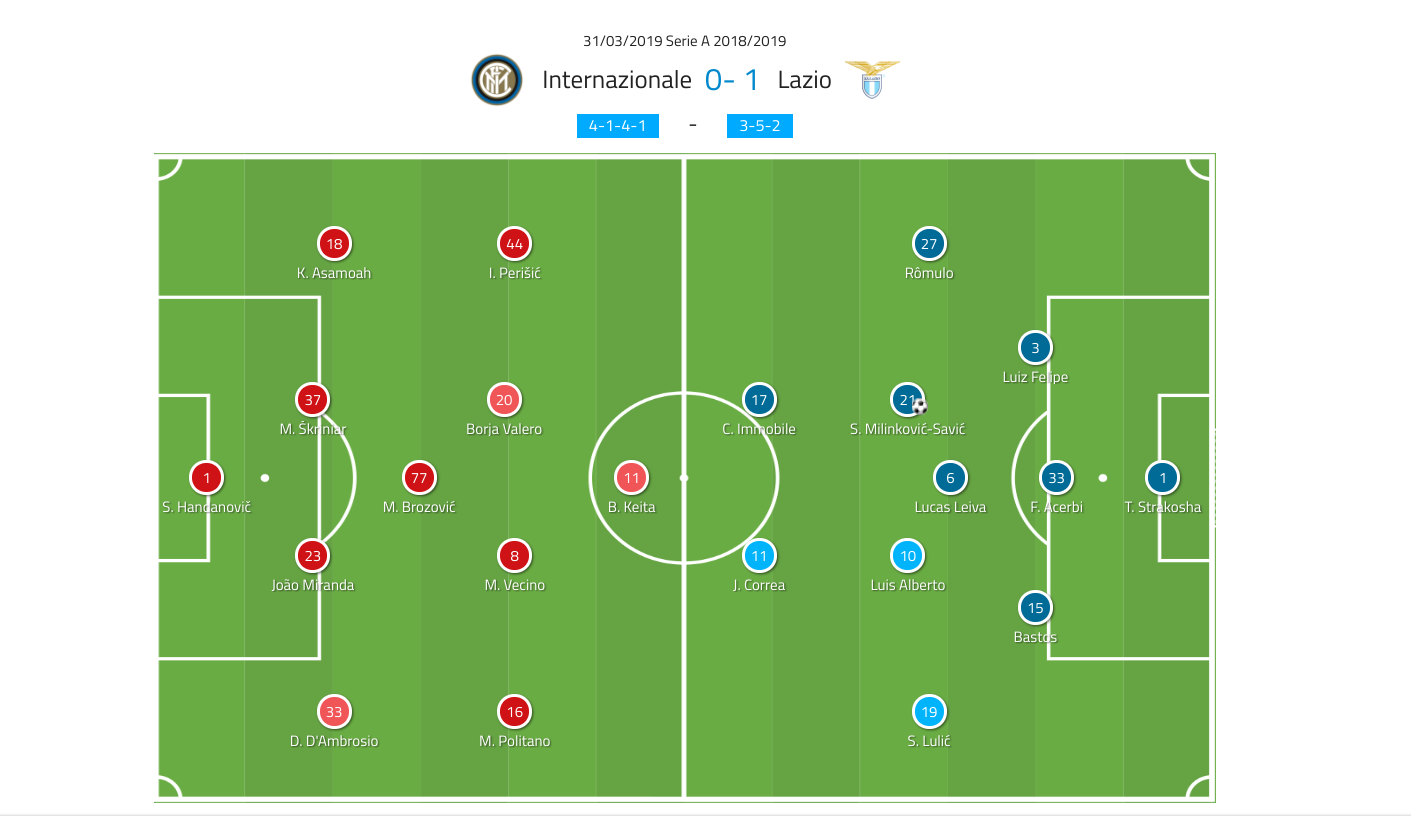 Inter were forced to make a few changes with Stefan De Vrij and Lautaro Martínez missing. Mauro Icardi was still sidelined by Luciano Spalletti for disciplinary reasons. That meant Keita Baldé got a rare start at up front.

Lazio also made changes with Adam Marusić and Ștefan Radu on the bench. Inzaghi continued to use Luis Alberto and Sergej Milinković-Savić alongside Lucas Leiva which made for a more attacking team with Joaquín Correa in front of the midfield three.

Lazio impressed defensively against Milan a few weeks ago and continued to impress on Sunday night. Their 5-3-2 was extremely solid both vertically and horizontally with the compactness something they have clearly worked on lately. The below image comes after a switch of play, but Lazio still retained a very compact shape which proved extremely difficult to break down.

“Ronaldo can continue playing until the age of 40” – Ferreira