Home Analysis Under the microscope: How Olivier Giroud has become a key figure in... 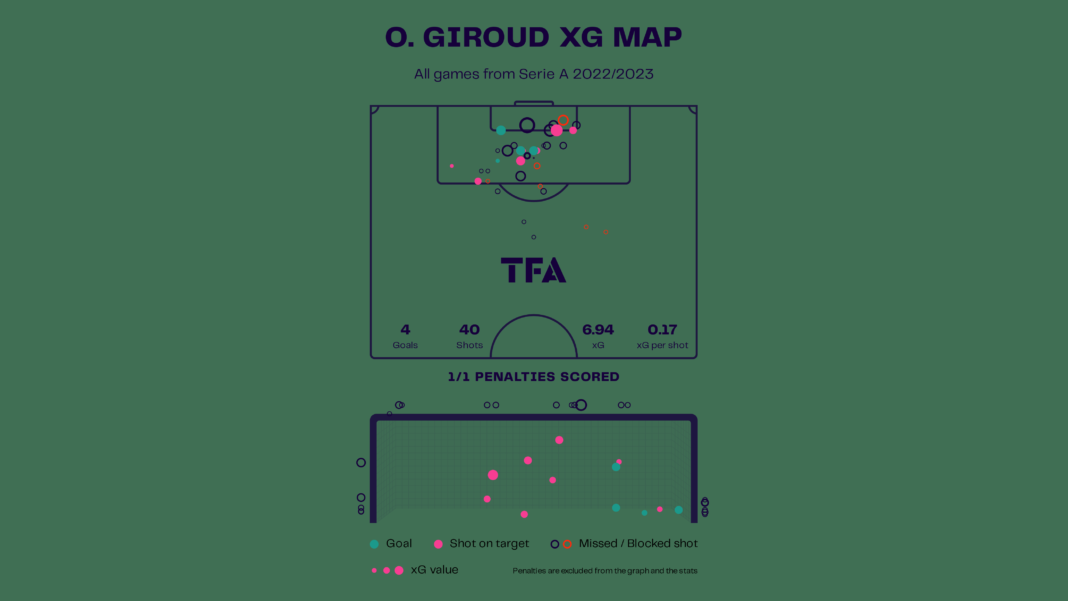 One player who has been maturing like a fine wine is 36-year-old French forward Olivier Giroud. Olivier Giroud has been performing exceptionally in Serie A since joining his club Milan in the previous season. He has been one of the most underrated players of the last decade. He has won many big trophies for his club and country, such as the World Cup, the UEFA Champions League, the UEFA Europa League, etc. Since joining Milan, the French forward has transformed his game and started scoring goals again for his club and country. Olivier Giroud is also the all-time leading goal scorer in France’s national team history, with 53 goals to his name. We will now look at the stats explaining the transformation of the French forward since joining Milan. 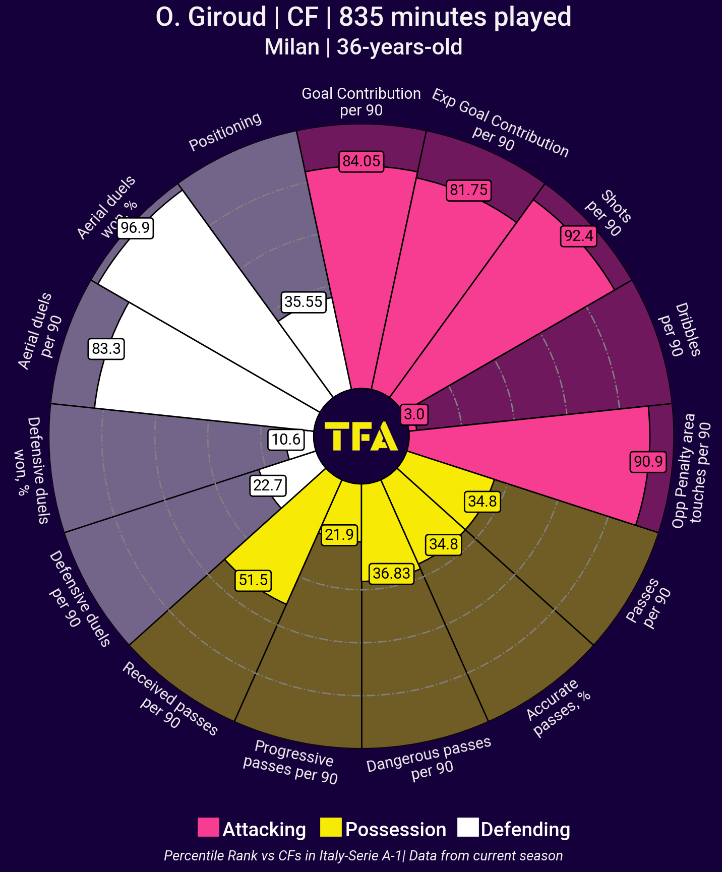 Olivier Giroud has been an integral part of the Milan side. The 36-year-old French forward has scored five crucial goals and provided three important assists in the current Serie A campaign. The above viz shows the stats of the player in comparison to the other players featured as centre-forwards in Serie A this season. It can be observed that Giroud has dominated aerial duels won %. Other stats where Giroud has done better are shots per 90, opponent penalty area touches per 90, goal contribution per 90, aerial duels per 90, and expected goal contribution per 90. 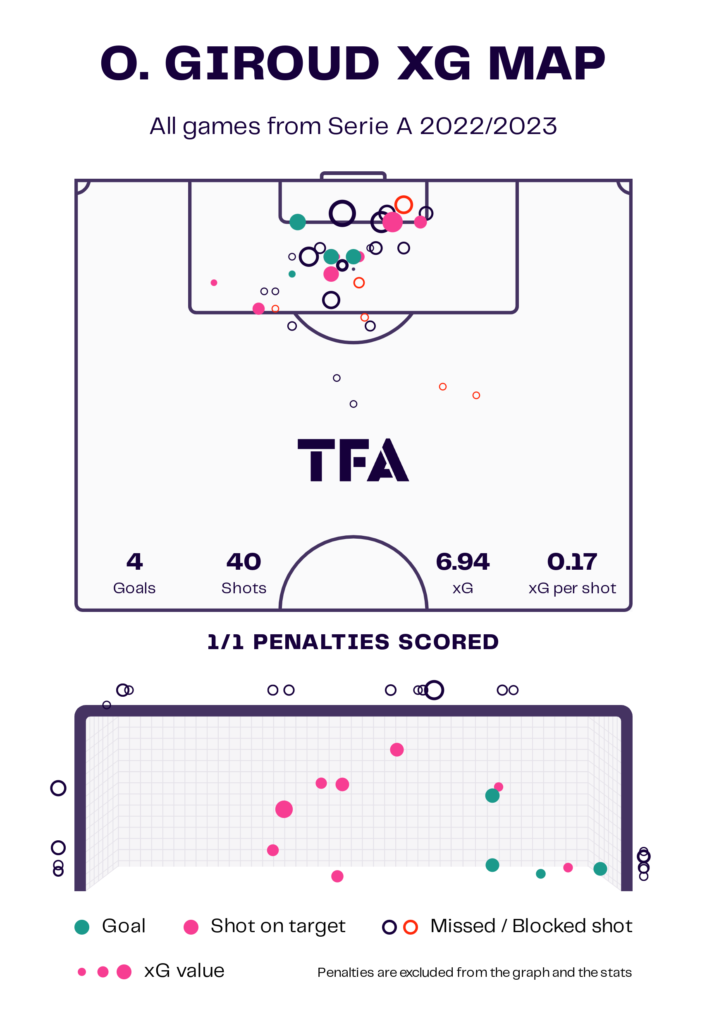 The above viz shows the shot map of the forward in the Italian Serie A. Giroud has added five goals to the Milan side in 15 Serie A appearances, averaging 3.66 shots per 90 minutes. Giroud has taken most of the shots from inside the box, like a proper forward. He has taken 41 shots so far this season. Out of the 41 shots, 13 were on target and the rest off target. Giroud has a shooting accuracy rate of 31.7%, and his total xG per shot is 0.17. Giroud’s goal scored per 90 minutes is 0.45. 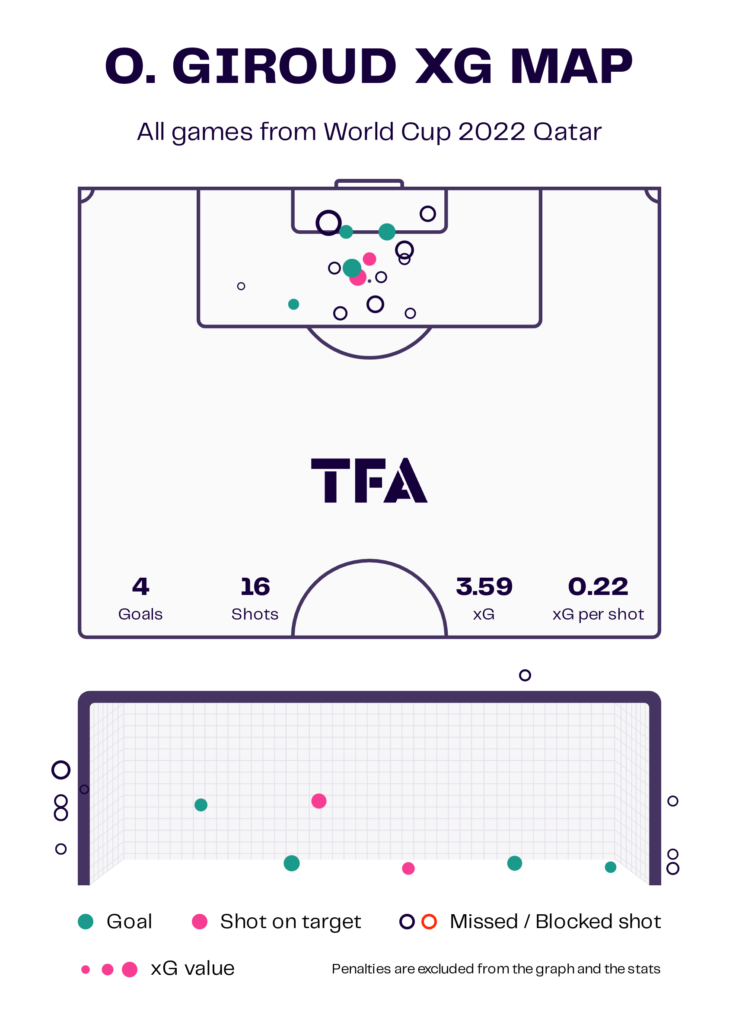 The above viz shows the shot map of the forward in the 2022 Qatar World Cup. Olivier Giroud added four goals to the French side in the World Cup. He broke the record of Thierry Henry to become the leading goal scorer in France’s national team history. Giroud led the French attack from the front alongside Mbappe and did not let the French team miss the services of the injured Karim Benzema. He averaged 3.18 shots per 90 minutes, with a shooting accuracy rate of 37.5%. Giroud’s goal scored per 90 was 0.79, and his xG per shot was 0.22. He played like a proper poacher, with all of his shots coming from inside the penalty area for the French team. 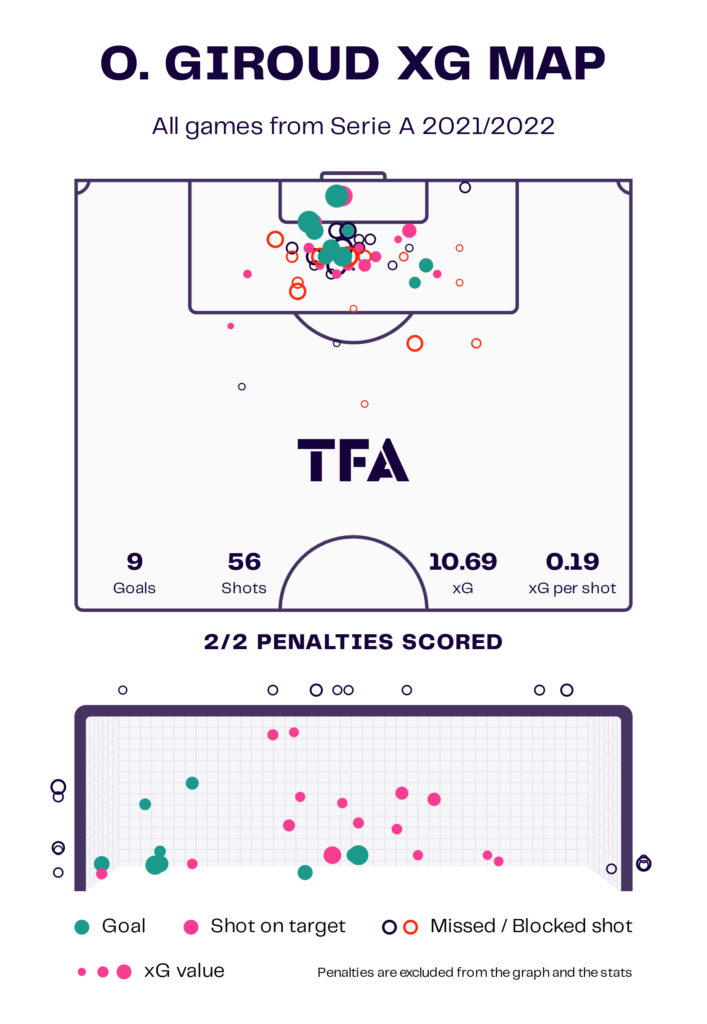 Olivier Giroud scored 11 goals for the Milam side in the 2021–22 Serie A season. His goal involvement per 90 minutes was 0.52. Giroud had a non-penalty xG per 90 minutes of 0.33 and a total non-penalty xG of 10.69 last season. He had taken 58 shots in the 29 Serie A games and had a shooting accuracy rate of 44.8%. He scored a goal after every five shots he took and had 2.59 shot attempts per 90 minutes. He is on course to break the record of 11 goals he scored last season, already scoring five times this season. 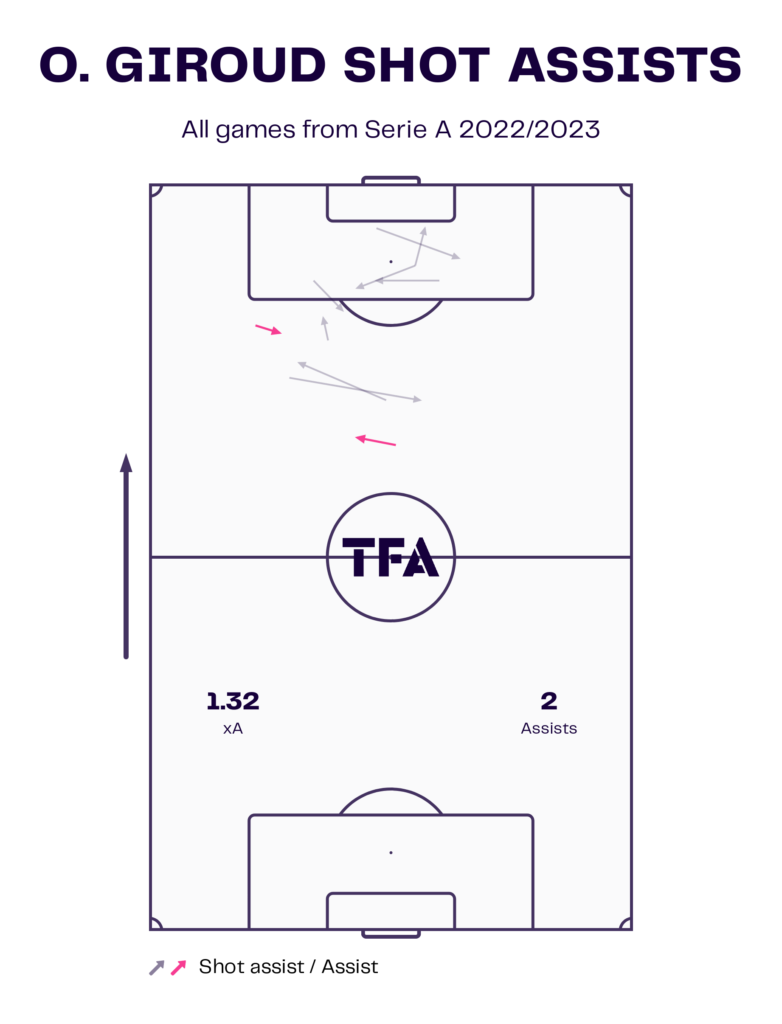 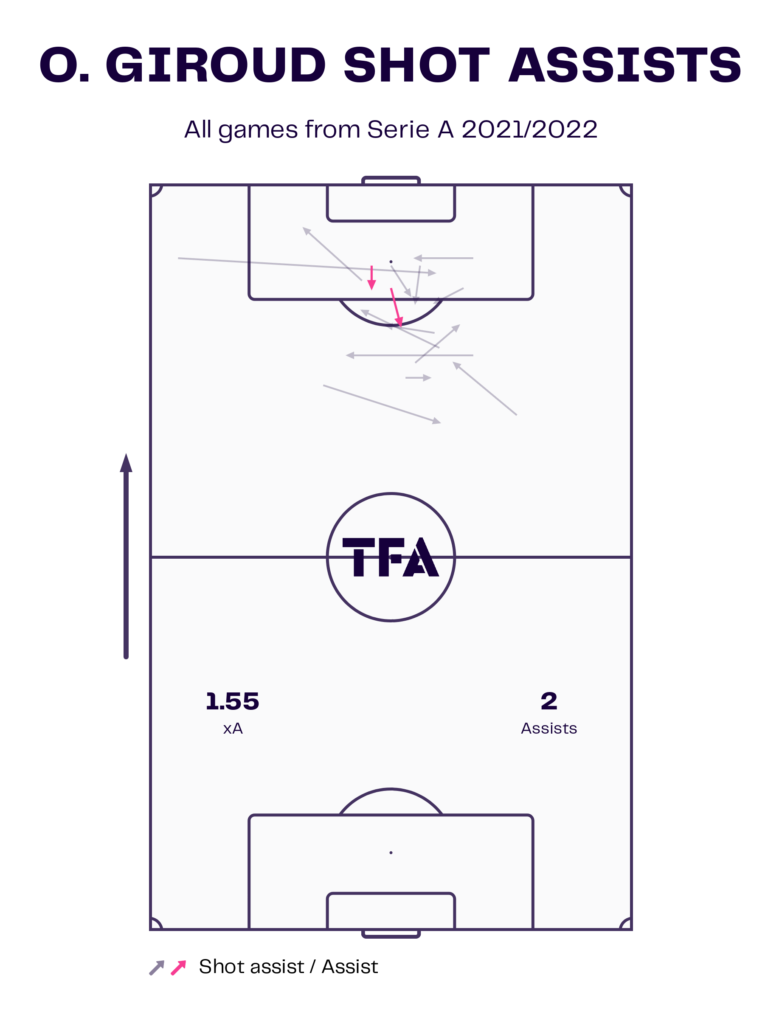 Milan and Stefano Pioli will be pleased with the performance of 36-year-old French forward Olivier Giroud. His eight goal-scoring contributions have helped Milan make a great start in the 2022–23 Italian Serie A season. The French forward will look to continue this form, creating and scoring goals for their team, dominating games from the front, and helping Milan to put a late charge into the Serie A title race.

The Serie A Title is Inter’s to Lose

Data Pack: Immobile behind in Lazio’s win over Spezia

‘Need him much more than Barcelona’- Real Madrid can’t miss out...