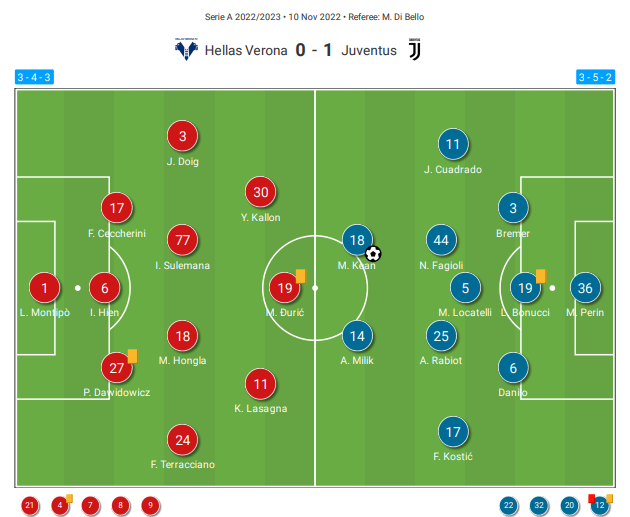 The match between Hellas Verona and Juventus took place at Stadio Marcantonio Bentegodi Stadium in Serie A. Verona were looking to salvage a draw, while Juventus were looking for a win that would close the gap in the top four. The game between the two teams ended in a 0-1 tie. Moise Kean’s goal was enough to separate the two sides, as Juventus remains in fourth place.

* average positions, as well as much more!

We also try to answer some questions for you with the visuals.

Which Juventus player made the most recoveries? What were the attacking zones for Hellas Verona?

To navigate the statistics gallery, click on the numbers to move through the pages.

Aaron Ramsey: What do Juventus see in him?

How Juventus continued their unbeaten run against Sassuolo