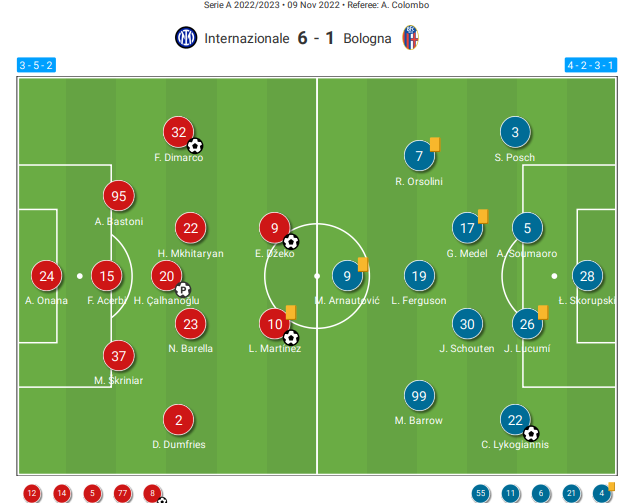 Inter Milan hosted Bologna at the San Siro Stadium in Serie A. Inter who were in seventh place, was looking to entertain Bologna, who currently sits in 12th position. Inter scored six past Bologna, while Bologna could muster only one goal. Inter responded to Sunday’s Derby d’Italia defeat to Juventus by crushing Bologna 6-1 at San Siro, with Federico Dimarco’s double helping the Nerazzurri climb into Serie A’s top four.

* average positions, as well as much more!

We also try to answer some questions for you with the visuals.

What were the attacking zones for Inter Milan? Which Bologna player won the most duels for his side?

To navigate the statistics gallery, click on the numbers to move through the pages.

The Statistics: Copa America group A win for Uruguay against Paraguay