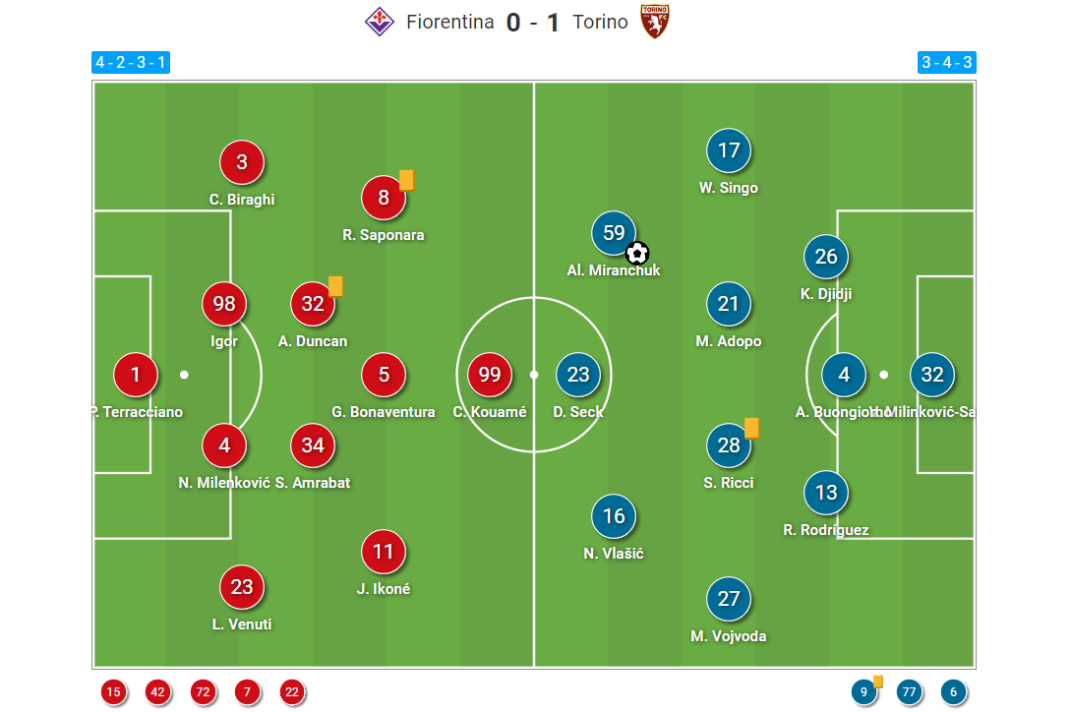 Torino will be satisfied after taking all three points by winning 0-1 against Fiorentina in an important mid-table clash in Serie A. This win strengthens their chances of playing in Europe next season. Torino now sits in the eighth position, eight points behind the top six and three points above ninth-placed Fiorentina. Aleksei Miranchuk scored in the first half for Torino to hand them a crucial away victory against Fiorentina.

How many shots were attempted by Fiorentina? Which Torino player made the most recoveries? 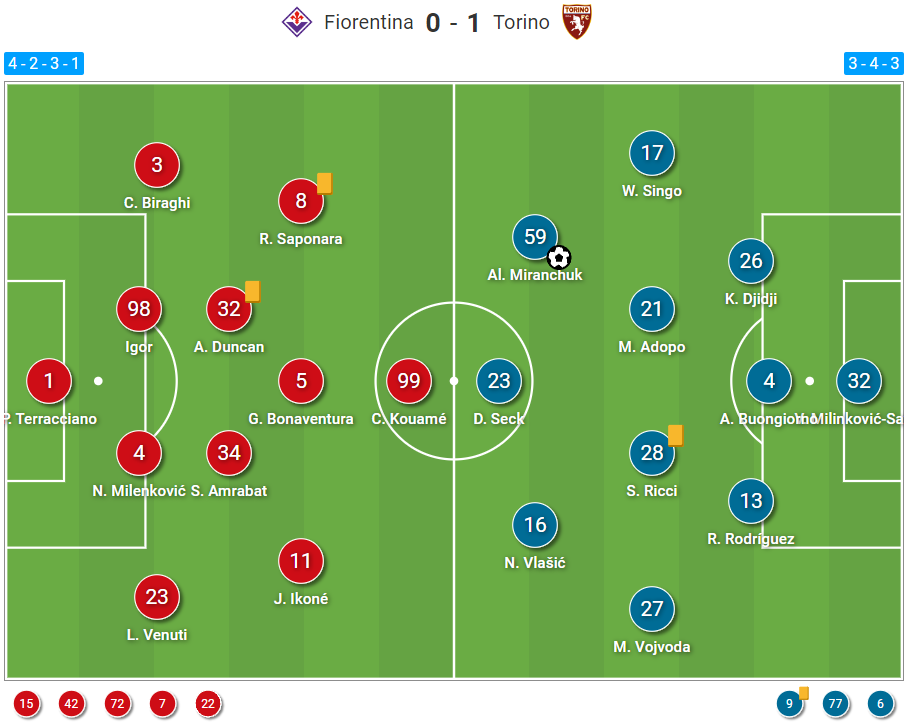