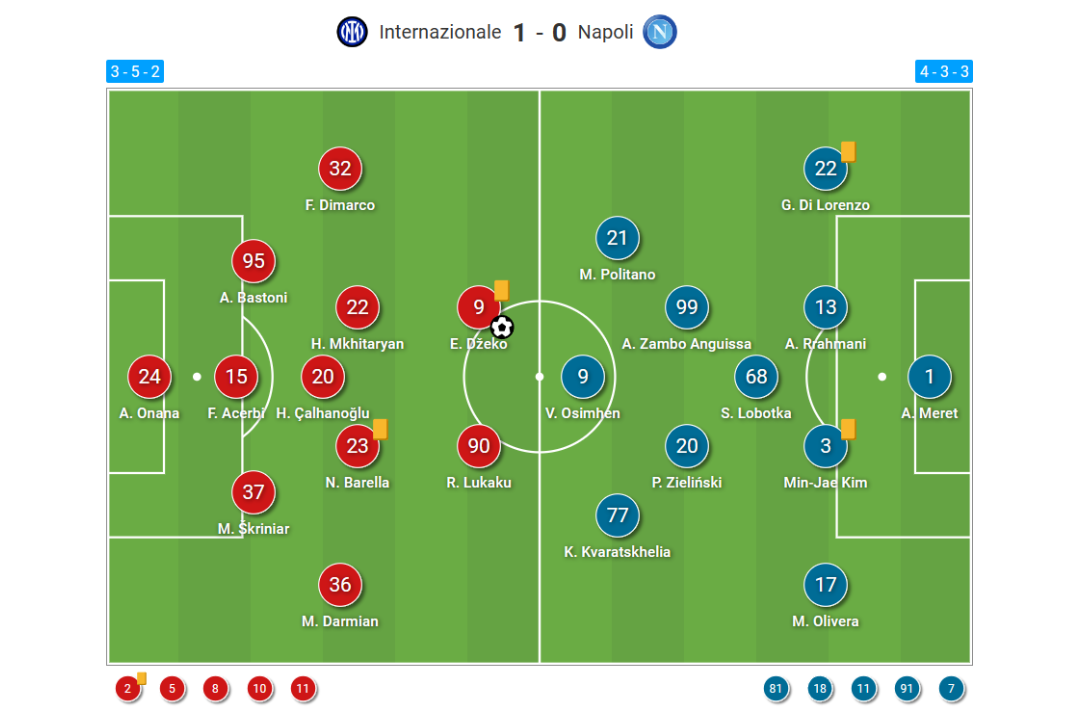 Inter Milan won their third consecutive match in the league after winning 1-0 against the league leaders, Napoli, in Serie A. Inter Milan ended Napoli’s unbeaten streak of 15 games. This win will strengthen their chances of qualifying for the UEFA Champions League, as the team sits in fourth place with a lead of three points over fifth-placed Lazio. Edin Dzeko scored the decisive goal in the 56th minute of the game to seal the victory for the home side.

Which Inter Milan player made the most recoveries? How many shots were attempted by Napoli? 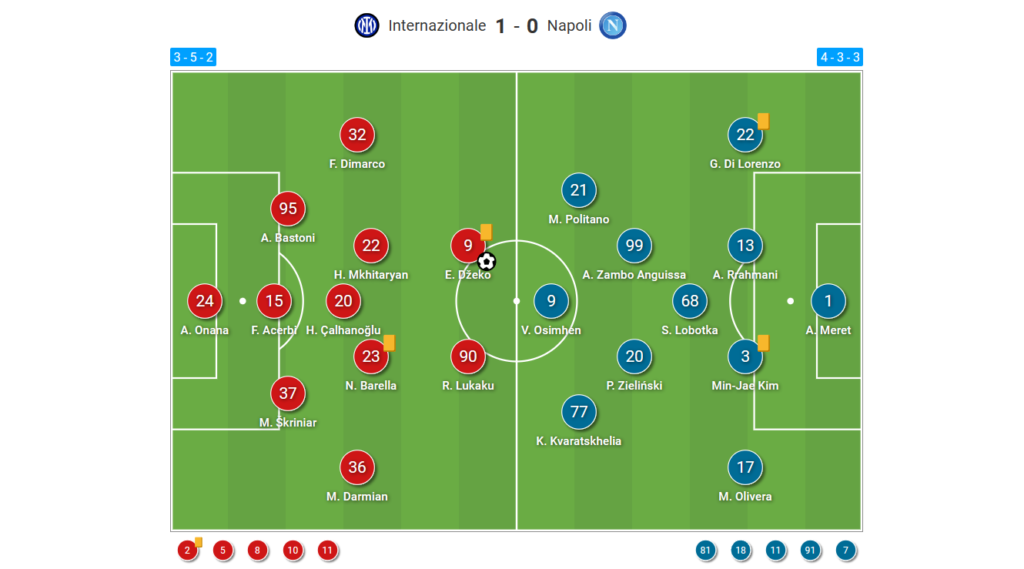 Italian prime minister announces indefinite suspension of Serie A because of...

The best players and manager to have never won the Champions...

Blessing in disguise: Juventus star’s failed transfer could be positive for...