Napoli has come very close to winning the coveted Serie A title many times. They came very close to fulfilling their wishes in 2017-2018 when they had 91 points, but they still couldn’t do it. Last season, they finished in third place, behind Inter Milan and eventual champions AC Milan. But this season, they are on a mission to win the coveted trophy. They won 13 matches on the trot; they are unbeaten till now.

The changes which made Napoli title contenders 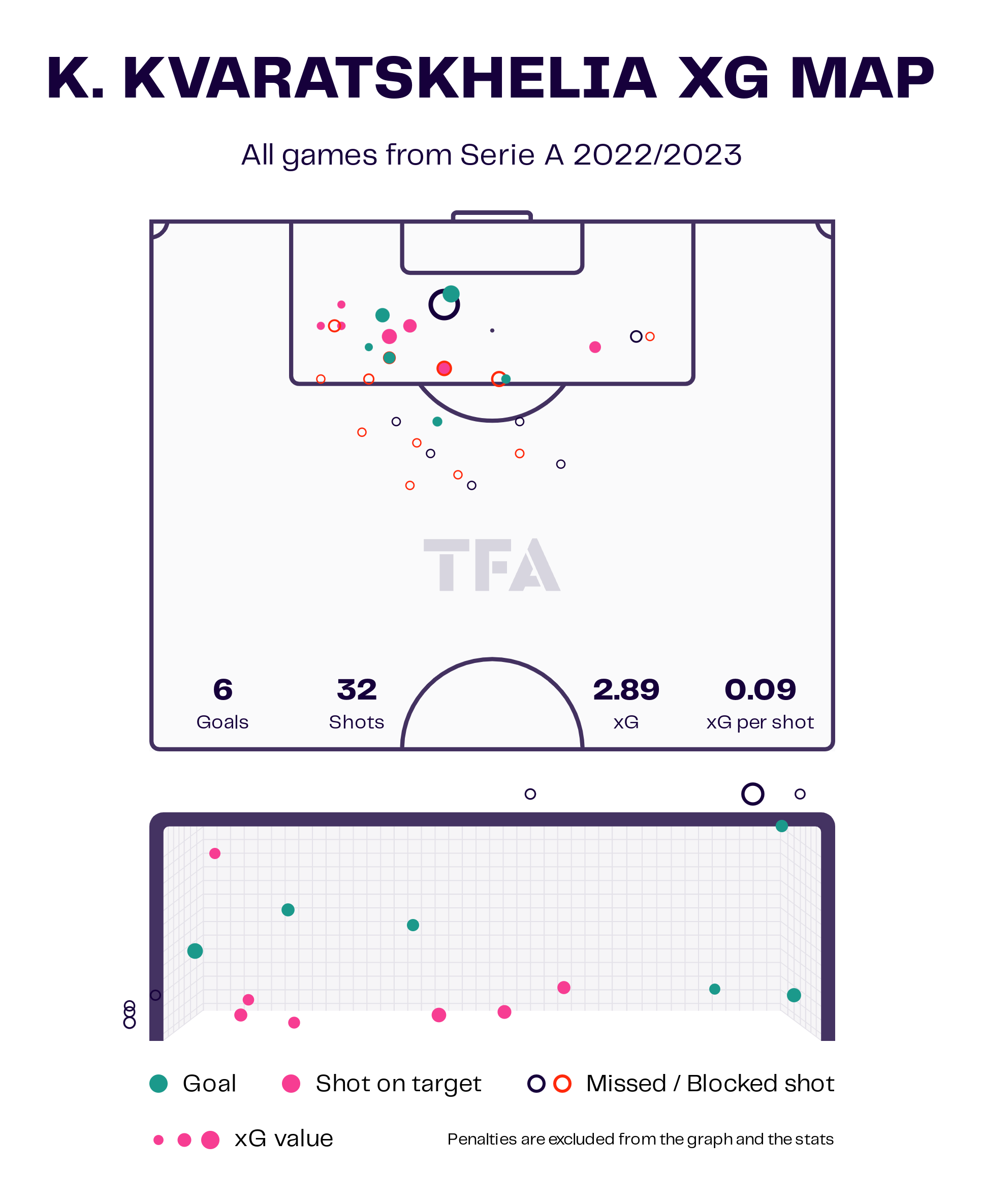 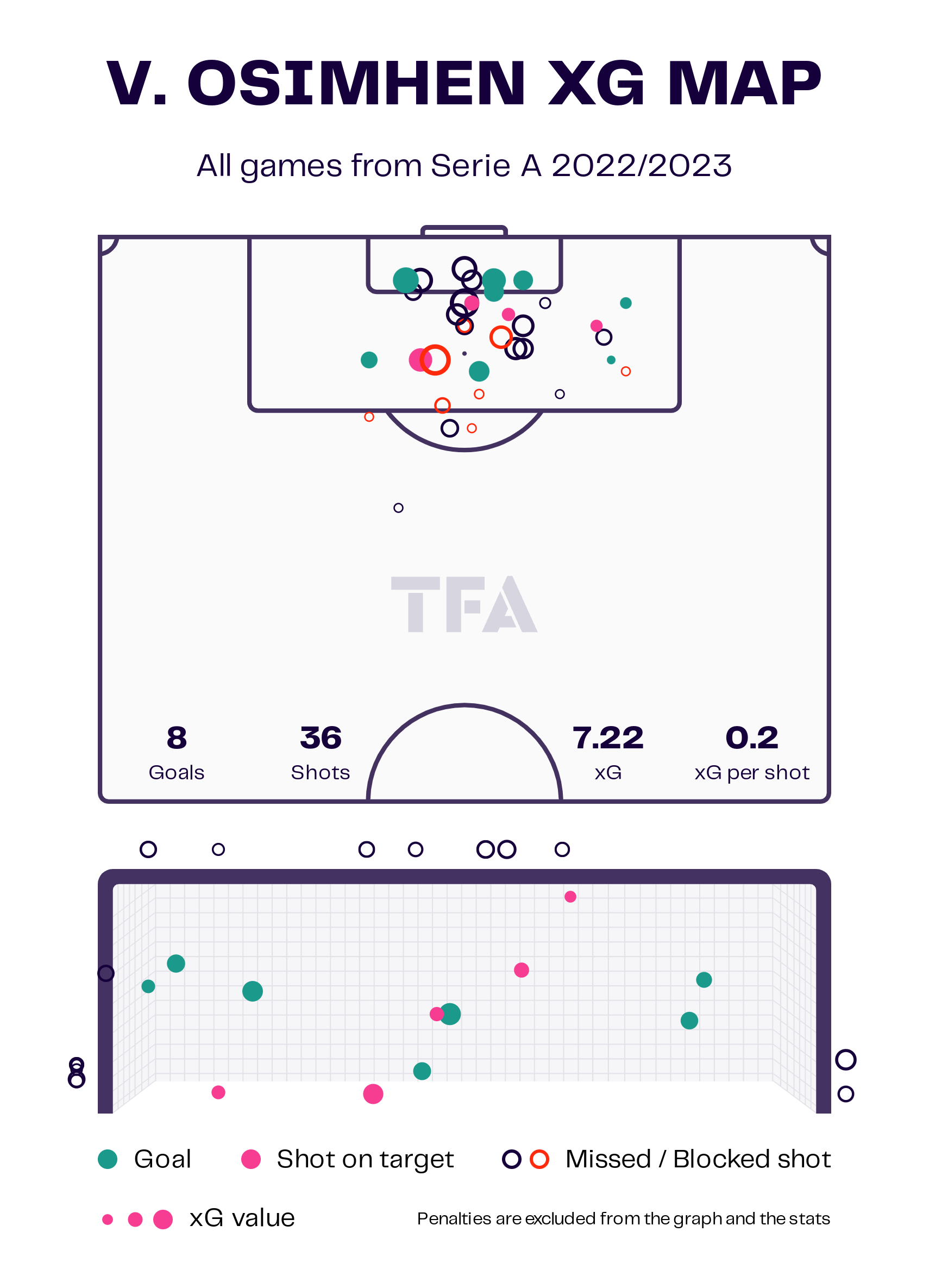 Khvicha had been a signing of the season, as the Georgian has scored six goals already, along with Victor Osimhen, who has scored eight. He is an exciting, tricky young 21-year-old winger. He already tormented Liverpool in the Champions League with his pace and tricks. He already has eight assists to his name (five in Serie A and three in the Champions League). Khvicha is a direct replacement for Insigne. 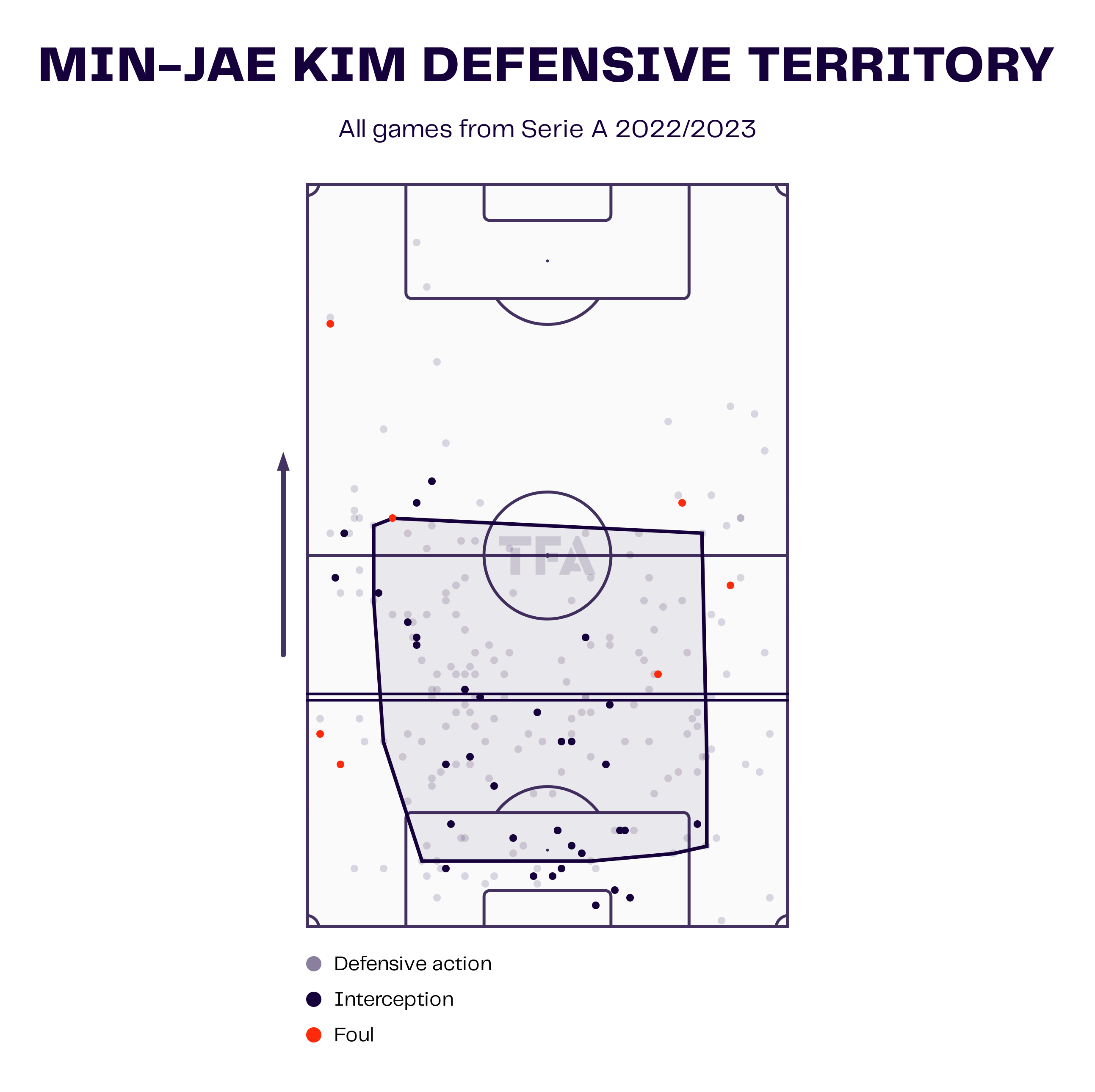 Kim Min Jae, who was bought as a replacement for Koulibaly, has been an excellent replacement for the Senegalese. The South Korean has made 15 blocks and 14 interceptions. Kim has been a colossus at center back alongside Amir Rrahmani. He stands at 6 feet 4 inches, is aggressive in the air, and is good at winning aerial duels. He ranks first in Serie A in interceptions made.

Giovanni Simone, the son of Atletico Madrid coach Diego Simone, would most probably be used as a backup to Victor Osimhen. Last season he scored 17 goals, so there will be expectations on him to score goals. 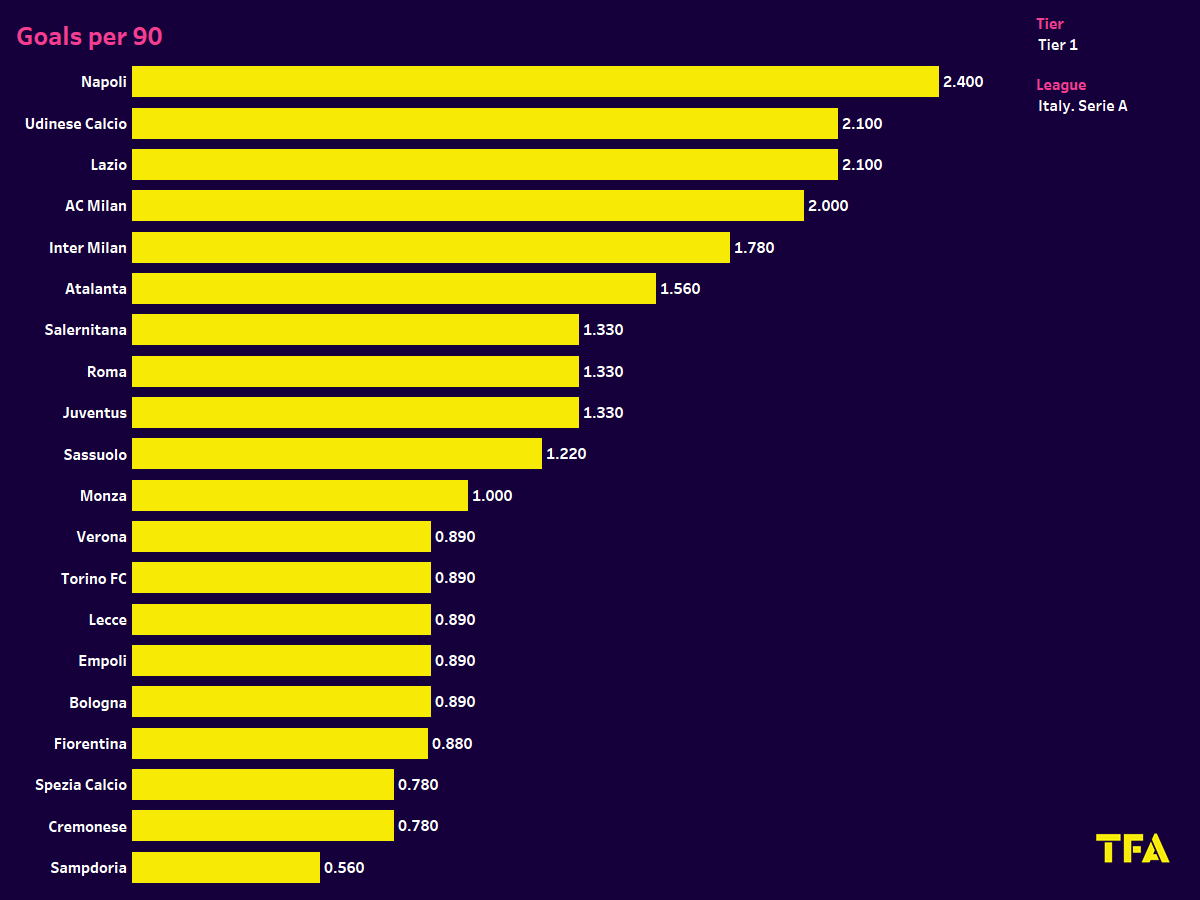 From the viz, we can see that Napoli scored the most goals in Serie A with 32 goals; they scored every 2.400 per 90. It shows their attacking prowess. 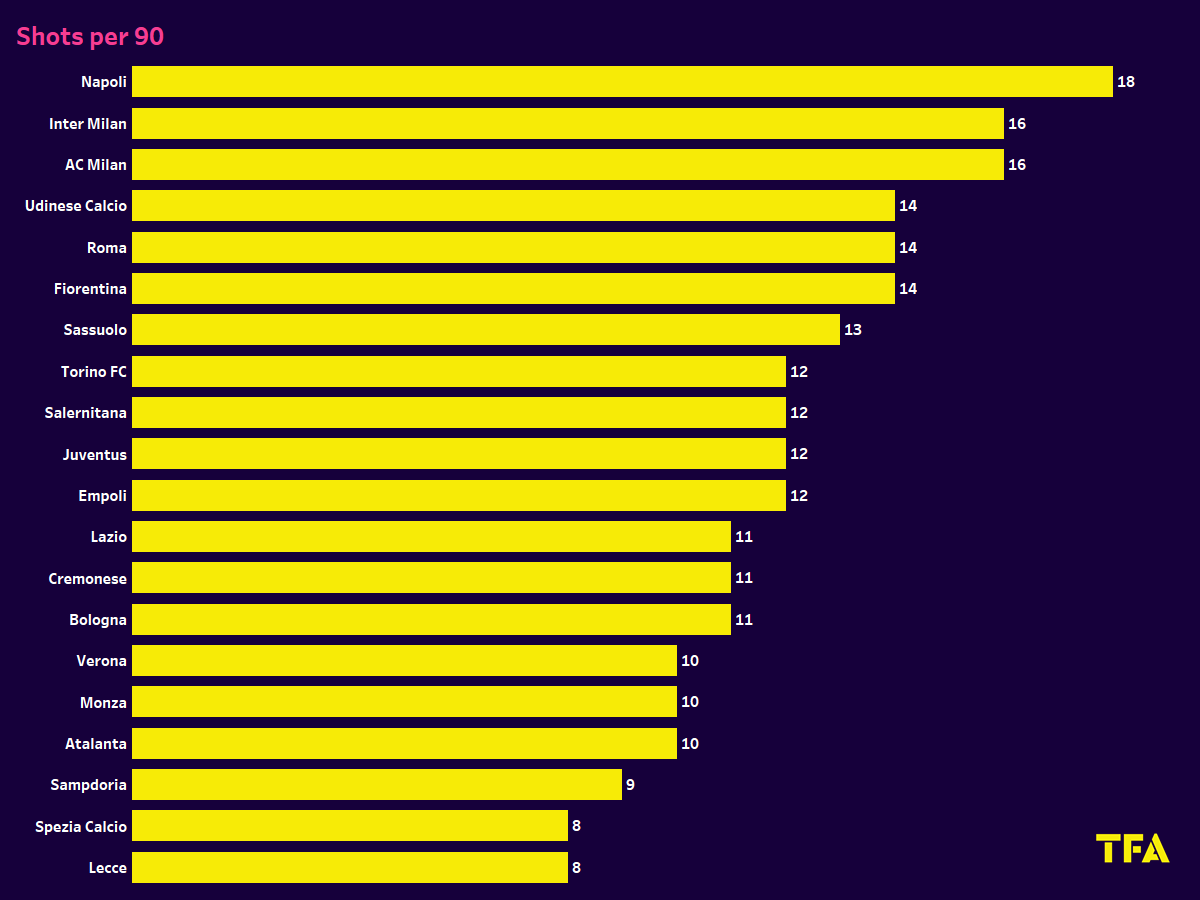 Napoli has taken the most shots in the entire Serie A. They have made 171 shots in total. It means they have taken 18 shots per 90. It puts them above Inter and AC Milan. 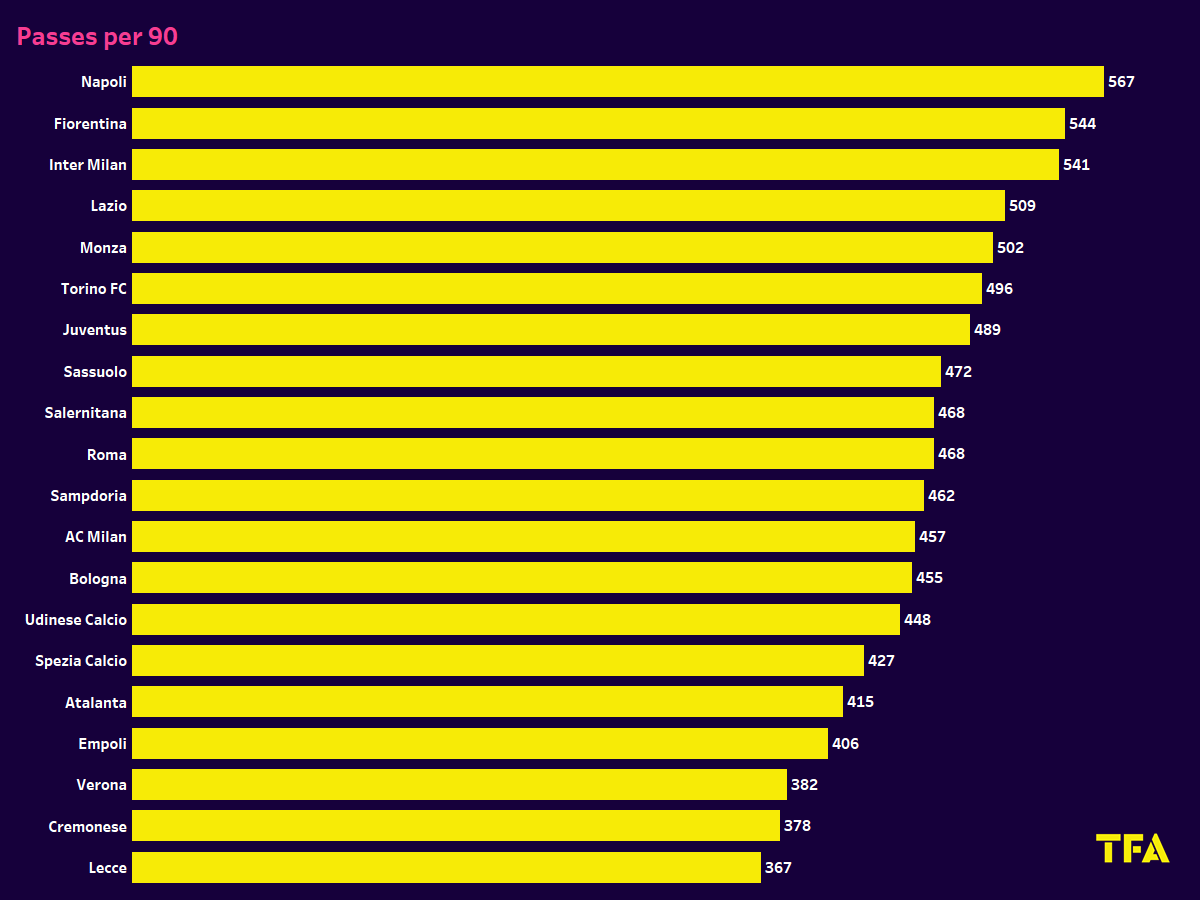 Napoli are on an unbeaten run, and Luciano Spalletti will try everything to win Serie A. He would be looking to put the disappointment of the past behind him and try to win the coveted trophy with his new and improved-looking team.